Born in Malaysia, he moved to Adelaide, South Australia as a child. After moving to Adelaide, he attended school at King's Baptist Grammar School, a Christian private school. He also attended the Paradise Community Church, one of the largest in Australia with over 6,000 people in attendance, associated with the Pentecostal Assemblies of God. While at Paradise, he was a regular worship singer for the church appearing on a number of their albums including Adore in 2004 and "Set Me Free" 2005. He also sang with the then Paradise Community Church youth conference Planetshakers at their annual conferences held at Paradise church, and sang on 1 of their albums in 2001. Sebastian never had any formal voice training but was influenced by artists such as Stevie Wonder, Prince and Al Green.

After giving up University studies to concentrate on music, and while working as a recording engineer and a singing teacher, he decided to enter Australian Idol establishing a fanbase and winning praise from the judges, who also made reference to his afro hairstyle, which became a focal part of his image. The final of Australian Idol in which he competed against Shannon Noll was the most popular program broadcast in Australia during 2003 and the second most popular non-sporting broadcast in Australian television history.

In World Idol he sang "What a Wonderful World", a song originally recorded by Louis Armstrong which is also on the Australian Idol Final 12 CD and his debut album Just As I Am. He was ranked 7th out of the 11 competitors. There were questions over his song selection for the competition as his new arrangement of "What a Wonderful World" was an unusual version of a classic. However, during the competition series it had been feted as a brilliant arrangement. He was planning to use his rendition of Prince's "When Doves Cry", but there were legal issues with that choice. 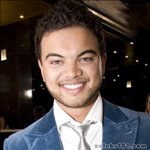 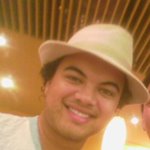 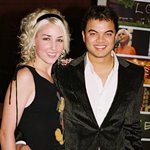