Golden Brooks had appeared in an episode of TV series “The Adventures of Pete & Pete,” as Heather, and in the 31-minute short Drive by: A Love Story (1997), playing young Tuli, before coming to the fore in 1998 with the popular series “Linc’s,” directed by Debbie Allen and created by Tim Reid. In the award-nominating show, Brooks played the role of CeCe Jennings, a besieged single mother with a dream of doing better for herself and her son. Later that same year, Brooks made her big screen acting debut with a small part opposite Angelina Jolie, Rosanna Arquette and William Forsythe in the drama Hell’s Kitchen, helmed and directed by Tony Cincipirini, and had a guest spot in one episode of “Promised Land,” the following year.
Brooks’ next silver screen outing arrived with a costarring role alongside Xander Berkeley in director-writer Mike Figgis’ Timecode (2000), in which she was cast as Onyx Richardson. A series of guest appearances in series like “The Parkers” (2000), “The Jamie Foxx Show” (2000) and “Moesha” (2001) followed. However, Brooks’ career did not gain another boost until she landed the regular role of Maya Wilkes, Joan’s sharp-tongued secretary, in the UPN comedy show “Girlfriends” in 2000, a gig she holds until now.
The actress was cast as Mekhi Phifer’s sister in the film Imposter (2002), a sci-fi /thriller starring Madeline Stowe, Vincent D’Onofrio and Gary Sinise, and had a starring role opposite Vivica A. Fox and Shemar Moore in the drama/thriller Motives (2004). For her fine performance as Allannah James in the latter film, Brooks earned a 2005 Black Reel nomination for Best Actress.
After a recurring role in “Enterprise” (2004), Brooks found herself acting with Queen Latifah, Alicia Silverstone and Andie MacDowell in the comedy film Beauty Shop (2005). More recently, she played the supporting role of Suzette in the comedy/drama Something New (2006), for director Sanaa Hamri. Among her costars were Sanaa Lathan, Katharine Towne and Stanley DeSantis. 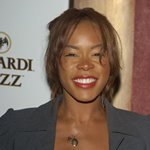 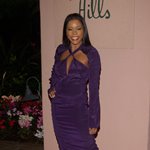 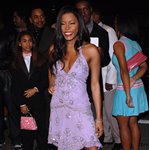 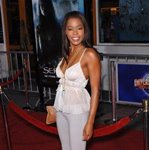 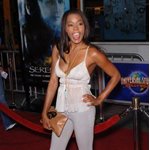 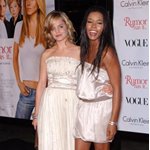 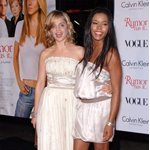 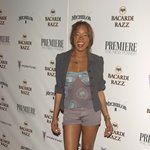