Gina Philips, born Gina Consolo, is a native Floridian. She has one sibling, Bobby Consolo, who lives in Miami along with her parents, Fredi and Robert. None of them are involved in the business. She came close to completing her degree at the University of Pennsylvania, being only one class short of her degree before dropping out to take up acting as a full-time career.

Starting in guesting roles on TV shows, and eventually moving into independent and made-for-tv movies, Philips eventually established recurring roles on David E. Kelley's "Ally McBeal" and "Boston Public." She has also ventured into the mainstream horror genre as the lead in Victor Salva's Jeepers Creepers (2001). Playing the role of Trish brought a lot of attention and exposure to the doe-eyed beauty's ability to play strong, sometimes sarcastic, female leads, but she declined to reprise her role in the sequel. Philips continues to split her time between TV and movies. She has now segued into producing as well. She will next be seen in "Thanks To Gravity" alongside Sean Astin, which she both produced and starred in. 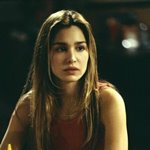 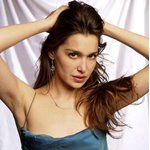