Giancarlo Giannini is an Oscar-nominated Italian actor, director and multilingual dubber who made international reputation for his leading roles in Italian films as well as for his mastery of numerous dialects.

He was born on August 1, 1942, in La Spezia, Italy. For ten years young Giannini lived and studied in Naples, Italy, earning his degree in electronics. At the age of 18 he enrolled in the Academy of Dramatic Art D'Amico in Rome, making his stage acting debut there. His stage credits included performances in contemporary Italian plays, as well, as in Italian productions of Shakespeare's plays 'Romeo and Juliet' and 'Midsummer's Night Dream'. In 1965, Giannini made his debut on television starring as David Copperfield in TV mini-series made by RAI, the Italian National TV company. He made his big screen debut in Libido (1965) a Freudian psychological thriller. Since 1966, Giannini has been in a successful life-long collaboration with the legendary Italian woman-director Lina Wertmüller who made several award-winning films with Giannini as a male lead. He appears as peasant Tonino who prepares to assassinate dictator Mussolini in Film d'amore e d'anarchia, ovvero 'stamattina alle 10 in via dei Fiori nella nota casa di tolleranza...' (1973), as a sailor in ironic comedy Travolti da un insolito destino nell'azzurro mare d'agosto (1974), and as a survivor of a concentration camp in the Oscar-nominated Pasqualino Settebellezze (1975). Giannini stars as a Jewish musician who is arrested by the Nazis in Rainer Werner Fassbinder's masterpiece Lili Marleen (1981).

Giannini also made a reputation for dubbing numerous international stars in films released on the Italian market, such as Jack Nicholson, Al Pacino, Michael Douglas, Dustin Hoffman, Gérard Depardieu and Ian McKellen to name just a few. He received a compliment from Stanley Kubrick for his dubbing of Jack Nicholson in the Italian version of 'The Shining'. Giannini's fluency in English and his mastery of dialects has brought him a number of supporting roles in Hollywood productions, such as A Walk in the Clouds (1995), Hannibal (2001), The Dark (2002), and Man on Fire (2004), among many other. He appears as Rene Mathis in the 21st James Bond film Casino Royale (2006), and reprises the role in the sequel, Quantum of Solace (2008). 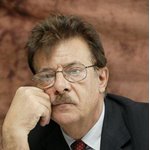 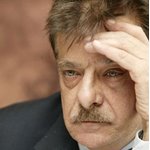 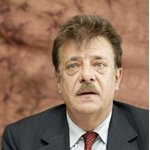 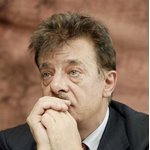 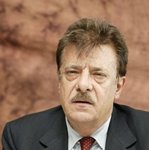 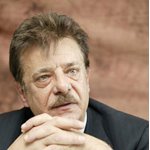