George Lopez tried his hand at stand-up comedy after watching the Latino comedian Freddie Prinze on the 1974 series “Chico and the Man,” and performed for the first time when he was 18. Unfortunately for Lopez, the experience was so terrifying that he did not want to appear on stage for another four years. In 1980, he made his film debut with a bit part in the Bruce Lee vehicle Fist of Fear, Touch of Death.

Lopez supported himself by taking a variety of jobs until the mid-1980s, when he decided to more professionally chase his comedy career. Thanks to his outstanding talents, he quickly booked regular work and became a popular stand-up comedian, especially among the Latino community. Known for his mocking of the Mexican-American life and culture in the United States, much of Lopez’ humor was derived from the financial poverty of his background and of the Latino community. In the early 1990s, Lopez also found himself cast in two features, the farce comedy Ski Patrol (1990), playing Eddie Martinez, and director Carl Reiner’s comedy spoof Fatal Instinct (1993), as a murder investigator.

With his growing popularity, Lopez stepped into a hosting gig in 2000 when he received the offer to host a morning radio show on Clear Channel’s station 92.3 in Los Angeles. The job made Lopez the first Latino to headline such an important niche and on an English-language station. Meanwhile, he also took on the roles of Perez in Bread and Roses (2000), where he picked up an ALMA for Outstanding Supporting Actor in a Motion Picture for his fine acting, and Mr. Guzman in the acclaimed indie comedy Real Women Have Curves (2002), costarring America Ferrera, Lupe Ontiveros and Ingrid Oliu.

It was also in 2002 that Lopez finally hit the big time when he starred in his own television show, “The George Lopez Show” (2002-?), where he also served as co-creator and producer as well as directed two episodes. Executive produced by Bruce Helford (“The Drew Carey Show,” “Roseanne”) and movie star Sandra Bullock, the sitcom, which also cast fellow actress Constance Marie as his onscreen wife, was well-received by both audiences and critics alike and went on to become one of the most popular TV shows. As for Lopez, his bravura performance won him a 2004 Imagen for Best Actor in a Television Comedy and he also collected many nominations, including a Teen Choice nomination for Choice TV Breakout Star- Male (2003), a Young Artist nomination for Most Popular Mom & Pop in a Television Series (2004), four Image nominations for Outstanding Actor in a Comedy Series (2004, 2005, 2006, 2007) and a ALMA nomination for Outstanding Actor in a Television Series (2006).

Benefiting from his TV success, Lopez tried his luck in numerous other projects. He was a presenter at the “30th Annual American Music Awards” (2003) and co-hosted the “46th Annual Grammy Awards,” to name a few. Additionally, from 2003 to 2004, he gave comments on the HBO “Inside the NFL.” The comic made his return to his roots in 2004 with the comedy album Team Leader and received a Best Comedy Album Grammy nomination for his work in the 2004 album. The same year, he also performed in his first TV comedy special, “Why You Crying,” which aired on Showtime and published his autobiography, also titled “Why You Crying?” The book made him a best-selling author.

Also branching out again as an actor, Lopez has been seen in several TV films and motion pictures. He played Henry Ramiro on the Disney film Naughty or Nice (2004), supported Taylor Lautner, Taylor Dooley and Cayden Boyd in Robert Rodriguez’s The Adventures of Sharkboy and Lavagirl 3-D (2005) and more recently, appeared as Everardo in the comedy Tortilla Heaven (2007). He is also set to have roles in the upcoming Balls of Fury (2007), an action-comedy starring Christopher Walken and Maggie Q, and the comedy The Richest Man in the World (2007), written by Jim Burnstein and Garrett K. Schiff. 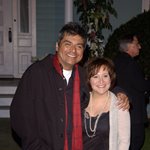 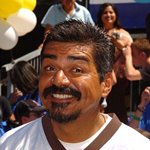 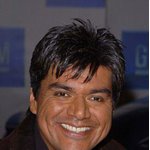 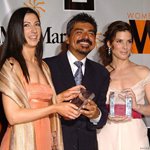 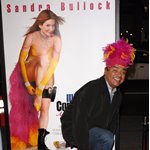 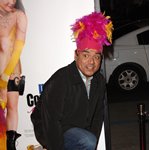 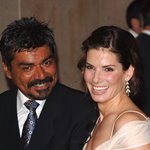 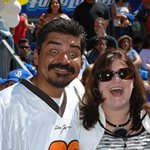