A New York native, Gary Valentine honed his comic crafts with his improve group, where his brother Kevin James also became a member, and performed in clubs. His big break arrived in 1999 when he was hired to play series regular Danny Heffernan on the television comedy series “The King of Queens” (1998-?), starring brother James as his cousin, Doug. Not only acting, Valentine also contributed to the show’s writing for four episodes from 1999 to 2000.

Valentine next hosted “The X Show” (2000-2001), a talk show for FX, served as a writer in an episode of “Comedy Central Presents” (2001) and made his film debut by playing supporting role Stunner on Velocity Rules (2001), an 18-minute short directed and written by Patty Jenkins and starring Lucy Jenner and Jimmy Shubert. In 2003, he was featured in the Matt Damon-Greg Kinnear comedy Stuck on You, portraying Wes. 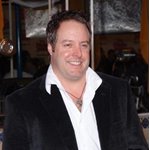 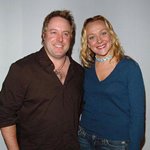