Son of a blacklisted Hollywood screenwriter, Gary Ross originally focused on writing novels. His first was not a commercial success. After spending his progress for a sophomore effort without completing it, he came out as a competitor in the television game show “Tic Tac Dough” and took home $50,000. This allowed Ross to live while he finished the project. Led by his short career as a novelist, Paramount Pictures recruited Ross to write a treatment and later he made the contact of producer Leonard Goldberg. Goldberg hired him to pen a script, but that screenplay and two others were never produced.

Ross’ huge breakthrough arrived in 1988 when he and a neighbor, Anne Spielberg, sister of director Steven Spielberg, co-scripted and co-produced Big, a comedy film starring Tom Hanks. The film was a massive hit, and the two jointly won a 1990 Saturn for Best Writing. The writers also shared a Writers Guild of America nod for Best Screenplay Written Directly for the Screen and most notably an Oscar nomination for Best Writing, Original Screenplay. The success subsequently launched Ross to an A-list screenwriter.

Ross then took jobs as a rewriter and polisher on numerous high-profile productions such as Short Time (1990), Fred Schepisi’s Mr. Baseball (1992), Beethoven (1992), Little Big League (1994), The Flintstones (1994, shared a 1995 Razzie for Worst Screenplay) and Lassie (1994). However, the writer’s most noteworthy project was his next original script, Dave (1993), about a look-alike who steps in after the US President has a heart attack. For his first solo effort, he picked up a second Academy Award nomination as well as a next WGA nod.
1997 saw Ross produce the comedy film Trial and Error, directed by Jonathan Lynn and starring Jeff Daniels, Michael Richards and Charlize Theron. He also formed his own production company called “Larger Than Life Productions.” A year later, Ross made his directorial debut in the comedy-drama Pleasantville (1998), where he also served as writer and producer. The movie opened to generally admirable reviews, earning Ross a PGA Golden Laurel for Most Promising Producer in Theatrical Motion Pictures and a Golden Satellite for Best Motion Picture Screenplay – Original. He also nabbed Golden Satellite nominations for Best Motion Picture - Comedy or Musical, sharing with Robert John Degus, Jon Kilik and Steven Soderbergh, and Best Director of a Motion Picture, and a Saturn nod for Best Writer.

Although he continued to have uncredited rewriting chores on such films as Inspector Gadget (1999), Kangaroo Jack (2003) and Just Married (2003), Ross did not step behind the camera again until five years later with the drama Seabiscuit, also writing the script and producing. Based on Laura Hillenbrand’s bestselling nonfiction book about the real-life 1920s-era racehorse who became an dubious champion and an American folk hero of his day, Seabiscuit won Ross a number of recognitions, including an Oscar nod for Best Adapted Screenplay, a USC Scripter, a Directors Guild of America nod for Outstanding Directorial Achievement in Motion Pictures, a Broadcast Film Critics Association nomination for Best Writer, as well as a Satellite and a Writers Guild of America nods for Best Adapted Screenplay. The film itself netted a Hochi Film for Best Foreign Language Film and was awarded an Academy Award nomination for Best Picture.

Ross will pen and produce Creature from the Black Lagoon, an adventure film for 2008 release. He is also set to direct, write and produce the upcoming animated film The Tale of Despereaux (2008). 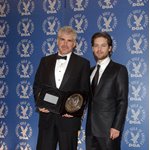 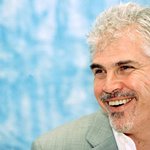