A Pennsylvania native, Gary Dourdan was spotted by Debbie Allen in Paris while vacationing with his then-girlfriend, fashion beauty Roshumba, and soon appeared in the director’s sitcom “A Different World” (1991-1992), playing the recurring role of Shazza Zulu, an attractively wayward student of Hillman College. Television films The Good Fight (Lifetime, 1992) and Laurel Avenue (HBO, 1993) came his way before the teenage Dourdan made his feature acting debut with a bit part in Weekend at Bernie’s II (1993), a comedy starring Andrew McCarthy and Jonathan Silverman and directed by Robert Klane. He followed it up with a similar small role in the next year’s The Paper, for director Ron Howard. After a guest spot on Fox’s “New York Undercover” (1994), he returned to series TV as a regular on the CBS short-lived sitcom “The Office” (1995), playing Bobby Harold.

1996 saw Dourdan in a feature role on the basketball-themed movie Sunset Park and play the more sophisticated and evenhanded of a pair of detectives on the short-lived UPN crime drama series “Swift Justice.” It was a year later that the talented actor had his banner year with no fewer than five films under his belt, including the installment Alien Resurrection, the indie-romance Fool’s Paradise and the crime comedy Playing God. He went on to collect credits through the end of the 1990s, playing the roles of Ballpean in the independent comedy Thursday (1998) and Sergeant Dan Creedy in the HBO police thriller Scarred City (1998), as well as guest starring on the NBC sitcom “Cold Feet” (1998). He next acted in the basketball comedy The New Jersey Turnpikes (1999) and joined the cast of the based-on-novel The Weekend (also 1999), from which he shared a 2000 Seattle International Film Festival for Ensemble Cast Performance, with costars Deborah Kara Unger, D.B. Sweeney, Gena Rowlands, Brooke Shields and David Conrad.

Kicking off the 2000s, Dourdan scored a huge breakthrough when he landed the supporting regular role of Warrick Brown on the popular television series “CSI: Crime Scene Investigation,” an assignment that he continues to have now. Delivering a significant performance as a gifted and dedicated crime scene investigator, he was handed two Image awards for Outstanding Supporting Actor in a Drama Series and a Screen Actors Guild for Outstanding Performance by an Ensemble in a Drama Series. The same year, he also played the recurring role of Jack Van Adams on the Showtime series “Soul Food” and was cast as activist Malcolm X in the ABC-TV movie Muhammad Ali: King of the World (2000).

In 2002, Dourdan hosted the BET Spoken Word show “Lyric Café,” supported Gary Sinise, Madeleine Stowe and Tony Shalhoub in the made-for-television sci-fi thriller Impostor and appeared in an episode of “CSI: Miami,” as Warrick Brown. More recently, he starred as George Jackson in the drama film Black August (2007), opposite Ezra Stanley, ‘Big’ LeRoy Mobley and Don Williams, and played the supporting role of Cameron on the newly-released drama/thriller Perfect Stranger (2007), starring Bruce Willis, Halle Berry and Giovanni Ribisi. The 31-year-old actor will have a leading role opposite Holly Hunter in the upcoming drama My Boy, scheduled to be released in Ireland this year. 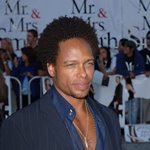 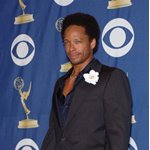