At age 10, Gary Coleman auditioned for a proposed television revival of “The Little Rascals.” Although the project fell through, he successfully impressed ABC chief executive Fred Silverman, who soon cast him as the adorable Arnold Jackson in the sitcom “Diff’rent Strokes,” which was transferred to NBC along with Silverman in the fall of 1978. With his chubby cheeks and skills to mope on cue, the series became an instant hit and ran for six seasons. As for Coleman, he won three Young Artist awards in the categories of Outstanding Contribution to Youth Through Entertainment, Best Young Comedian and Best Young Actor in a Comedy Series.

During a long-running tenure on “Diff’rent Strokes,” Coleman capitalized on his sugary image with numerous TV films, three of which also starred notable actor Robert Guillaume. He first teamed up with Guillaume for the 1979 The Kid from Left Field, a comedy remake of a movie starring Dan Dailey and Anne Bancroft. There, the child star portrayed Jackie Robinson ‘J.R.’ Cooper, the son of an ex-baseball player-turned-refreshments vendor who guides the San Diego Padres from worst in the league to the World Series. The two worked together again in the comedy The Kid with the Broken Halo (1982) and The Kid with the 200 I.Q. (1983), a sentimental melodrama about an intelligent child who discovers that a bulky IQ cannot make up for a lack of self-reliance or maturity. He nabbed a Young Artist for Best Young Actor in a Movie Made for Television for his role. The three TV movies helped cement the wholesome, chipmunk-cheeked kiddie image that would trouble Coleman for the rest of his life. Meanwhile, he also starred in the theatrical features On the Right Track (1981) and Jimmy the Kid (1982), as well as providing his own voice for the animated TV series “The Gary Coleman Show” (1982).

After “Diff’rent Stokes” came to an end in 1986, Coleman’s career declined sharply. The aging performer was no longer a lovable child and found difficulty being cast because of his size. He maintained his presence in the business by taking on guest spots in shows like “227” (1990), “Married... with Children” (1994), “Martin” (1995) and “Unhappily Ever After” (1995). He also appeared in the movies Dirty Work (1998) and Shafted (1999), and in the made-for-TV film Like Father, Like Santa (1998). However, it was Coleman’s personal life that kept him in the limelight. In 1993, he won a $1.28 million court judgment against his adoptive parents and former manager, who took most of the money he made from “Diff’rent Stokes.” Five years later, Coleman, who at the time was a security guard, got into trouble with the law after punching a female autograph seeker while he was shopping for a bulletproof vest for his security job. The charge of assault and battery was reduced to disturbing the peace. In 1999, in a federal court in Los Angeles, he filed for bankruptcy, claiming he was $72,000 in debt. Rumors stated that he had attempted suicide twice by swallowing sleeping pills.

Entering the new millennium, Coleman went on to make guest appearances in series like “Electric Playground” (2000), “The Jamie Foxx Show” (2000), “The Drew Carey Show” (2001), “The Rerun Show” (2002) and “Son of the Beach” (200-2002). He acted in the comedy film The Flunky (2000) and had a small role in the Tori Spelling television film vehicle A Carol Christmas (2003). 2003 also saw Coleman enter the California recall election. Although Hollywood heavyweight Arnold Schwarzenegger went on to win, Coleman completed with an adequate eighth place among 135 candidates with 14,122 votes. Shortly thereafter, he landed a new job as the political analyst for the fledgling Hollywood-based All Comedy Radio network.

In 2006, Coleman returned to the cinematic industry with the sport/comedy film Church Ball, directed by Kurt Hale. Among his costars in the film were Fred Willard, Andrew Wilson, Clint Howard, Amy Stewart and Larry Bagby. 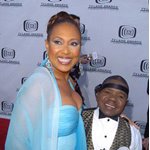