Gary Cole is the talented, award-winning actor who first came to widespread fame in Fatal Vision, the 1984 mini-series, and continued to impress television audiences in Midnight Caller and American Gothic.

But television isn't his only--or even the primary--outlet for his talents. Born September 20, 1956, in Park Ridge, Illinois, he began his acting experience as Snoopy in a high school production of You’re a Good Man, Charlie Brown, and was a cast member of every show afterward while he attended the school. He studied theatre at Illinois State University, and began his professional stage career in Chicago, where he co-founded the Remains Theatre Ensemble and, in 1985, became a member of the Steppenwolf Theatre ensemble. He has appeared in numerous award-winning productions in Chicago as well as off-Broadway in New York. He's done feature films including In the Line of Fire, The Brady Bunch Movie, and A Very Brady Sequel. He frequently exercises his talents in independent films and television movies. Teddi Siddall, Gary's wife

A family man, Gary has been married to actress Teddi Siddall since 1992, and they live with their young daughter in California. Teddi has appeared with Gary in several of his projects, including an episode of Midnight Caller, the television film Lies He Told, and the 1998 stage production of Flyovers, as well as having appeared on her own in such television programs as Wings, Hill Street Blues, St. Elsewhere, Promised Land, Almost Perfect, and a number of theatrical films, including the multiple Oscar-nominated John Huston film Prizzi's Honor and Fade to Black. 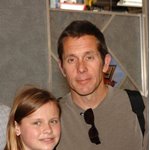 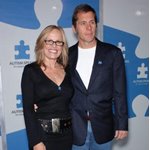 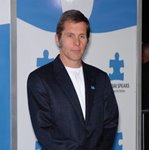