Son of actor Stephen Macht, Gabriel Macht followed in his dad’s footsteps early, when at age eight he made his film debut in the Larry Peerce-directed Why Would I Lie?, starring Treat Williams. He was nominated for a Young Artist for Best Young Motion Picture Actor, for his performance in the comedy/drama film. After this auspicious debut, however, young Macht put acting on the backburner until after graduating from high school. In 1991, he tried to renew his career by taking on a supporting role in the ABC television film Guilty Until Proven Innocent. He also appeared the play “What the Butler Saw” at the Arena Stage in Washington, DC in 1994.

After earning his BA degree, Macht’s career picked up steam when he landed the roles of Johnny Draper on the ABC period Western film Follow the River (1995) and “The Visitor” (aka. Elvis) on the Steve Martin applauded Off-Broadway play “Picasso at the Lapin Agile (also 1995). He continued to have supporting roles in such movies as the Paul Rudd-Jennifer Aniston vehicle The Object of My Affection (1998), Tod Williams’ comedy The Adventures of Sebastian Cole (1998) and Simply Irresistible (1999), which starred Sarah Michelle Gellar and Sean Patrick Flanery. He also guest starred in popular television series like “Spin City” (1997) and “Sex and the City” (1998).

Adding to his acting resume, Macht began producing with the independent films Not for Nothin (1999) and The Bookie’s Lament (2000), in which he also had a leading role. As the new millennium sunup, the actor’s profile grew higher, thanks to his regular role on the NBC supernatural series “The Others” (2000), portraying the sympathetic medical intern Mark Gabriel, and his supporting role opposite Jennifer Love Hewitt in the ABC biopic The Audrey Hepburn Story (2000), as actor William Holden. The same year, he also appeared in the comedy film 101 Ways (The Things a Girl Will Do to Keep Her Volvo).

It was in 2001 that Macht finally gained his wide screen breakthrough when director Les Mayfield cast him in the role of the knowledgeable and tranquil Frank James to Colin Farrell’s more hot-blooded Jesse James in the revisionist American Outlaws. Though the movie was dismissed for its out of date screenplay, Macht charmed many critics with his compelling screen presence. The mounting star then teamed up with Owen Wilson and Gene Hackman in the war/drama film Behind Enemy Lines (2001), supported Sir Anthony Hopkins and Chris Rock for Bad Company (2002), an action/thriller by Joel Schumacher, before reuniting with Colin Farrell in The Recruit (2003), also starring Al Pacino.

After appearing in the low-budget black comedy Grand Theft Parsons (2003), along side Robert Forster and Johnny Knoxville, Macht starred opposite John Travolta and Scarlett Johansson in the drama film A Love Song for Bobby Long (2004). He landed a supporting role in the made-for-television film Archangel in 2005, which starred Daniel Craig, and joined the all-star cast of The Good Shepherd including Matt Damon, Angelina Jolie, Alec Baldwin, Billy Crudup and Robert De Niro, the next year.

Recently costarring with Diane Keaton and Mandy Moore in the comedy romantic Because I Said So (2007), Macht will be cast as in the starring role of Bo Durant, a hot-tempered, working-class gearhead, on the upcoming drama film One Way to Valhalla, written and directed by Karen Goodman. 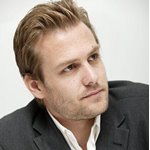 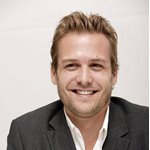 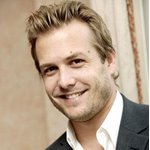 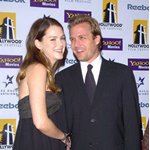