With his early appearance as the Latin television personality Fericito, with the infamous catchphrase, “I am just keeeding!” Fred Armisen was already laying the groundwork for a memorable run on NBC’s venerable “Saturday Night Live.” He parlayed his unique ethnicity – part Japanese, Venezuelan and German – into a startling and diverse array of characters.

Armisen was born in Manhattan, and his family spent some time in Rio de Janeiro before settling in New York state, where he grew up. His first fascination was with music, and he started playing drums at the age of 10. After dropping out of the School of Visual Arts in Manhattan, he joined the early 1990s punk band, Trenchmouth. He moved on to play drums for the Chicago branch of the infamous Blue Man Group.

One of his first forays into comedy was in a short film, “Fred Armisen’s Guide to Music, and SXSW.” In the underground film he played a music journalist touring through the South by Southwest Music Festival in Austin, Texas. Sporting a wig and outrageous buckteeth, he asked strange questions, and at times simply pointed a microphone at bewildered interview subjects and stood silently.

As he grew more interested and comfortable with creating characters, he made appearances at the Chicago Comedy Festival, as well as on British television. He showed up on “Reverb,” the HBO music show, as well as “HBO Zone,” in a series of interstitials. Armisen also appeared in the band Wilco’s documentary, “I Am Trying to Break Your Heart.”

But it was appearances on NBC’s “Late Night with Conan O’Brien” that began to bring him recognition. Other television work included regular voice-over work to “Crank Yankers,” Comedy Central’s crank-calling puppets, and on the subversive animated show, “Aqua Teen Hunger Force.”

Armisen landed the “SNL” gig with the 2003 season. Standout bits included Vegas lounge act drummer Mackey, who provided ill-timed rimshots for aging comedian Buddy Mills, played by Chris Kattan. He and co-star Maya Rudolph appeared as the highly eccentric arty couple, both named “Nuni.” Although he often creates original characters, he also played a mostly silent Prince as the star of his own fictional talk show.He landed roles in theatrical films next, such as 2004’s “Eurotrip,” playing a creepy Italian man, and in “Anchorman: The Legend of Ron Burgundy,” playing the character of Tino. He also landed a role in 2005’s “Deuce Bigalow: European Gigolo.” As Armisen’s popularity grew, he proceeded to take on more roles in films, including the Jack Black’s “Tenacious D: The Pick of Destiny. 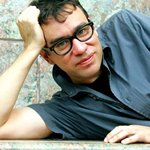 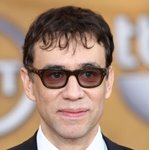 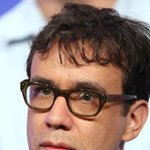 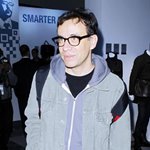 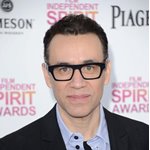 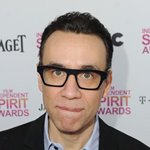 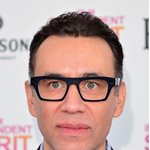 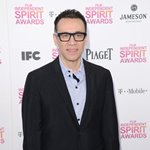