He was born Francisco Javier Bautista in Tijuana, Mexico and raised in San Diego, California, from the age of 2, after his uncle brought him and his siblings in the United States, but never returned to Mexico again.His father being the lead singer of a traditional band and his grandfather Feliciano Bautista being a violinist, Frankie J grew up listening to both traditional Latin music as well as American urban music.He attended Southwest Senior High School in San Diego.He later began to develop more interest in singing, with the encouragement of his family. At high school age, he began participating in talent shows and performing at school functions.

In 1997, Frankie J signed with the now defunct Hola Recordings, the brainchild of dance music legend and producer Jellybean Benitez. He, in 1999, became a member of the Kumbia Kings.The group toured all throughout Latin America. 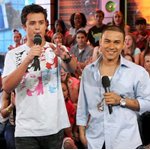 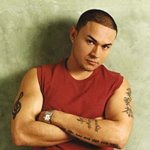