Frank Sinatra Jr. made his first public appearance in Andy Grand’s, a failing nightclub in Phoenix owned by his friend, on April 28, 1962. Accompanying himself on the piano, the performance impressed a large audience. The next year, he jumped to the leader of the band at Disneyland and requested an opportunity to sing. Showing promising talent in front of some musicians who were members of Tommy Dorsey’s old band, he was soon recruited to play with them for their next performance in Disneyland, a gig to tribute the Dorsey band. There, Sinatra sang such songs as “There Are Such Things,” “Yes Indeed” and “I’ll Never Smile Again.” The welcome he earned from the performance encouraged him to arrange a complete show and hit the road with members of the old Tommy Dorsey Band. In September 1963, backed by the Dorsey band, newcomer Sinatra Jr. experienced exposure by performing at the Royal Box of Americana Hotel in Manhattan.

However, a troubling and terrible episode immediately took away from his early career. The junior Sinatra was kidnapped while eating dinner at his room at Harrah's Lake Tahoe, in which he had planned to perform. Two men at gunpoint put the cooperative, but frightened, Sinatra in the truck of their car and brought him to Los Angeles. He was released two days later after a $240,000.00 ransom was paid by his family. Later, in 2003, the kidnapping was made into a television film titled Stealing Sinatra, which was based on the story of Barry Keenan, one of the kidnappers. Undaunted, Sinatra continued to pursue his musical career and by the mid-1960s, he had made his debut into the big time. On his notable debut, Abel Green, the editor of “Variety” at the time said, “Frank Jr. clicked, packing his 20-minute stint with commendable professionalism.”

Next, Sinatra joined the Sam Donahue Orchestra, an experience he described as being one of the most satisfying in his career, and has since performed in numerous major clubs and showrooms all through the United States and many other countries such as England, Canada, Brazil and Japan. He also has collaborated on stage with big names like George Burns, Flip Wilson and Phil Harris. In 1970, he made a switch to the wide screen acting in a supporting role opposite Dina Merrill, Dale Robertson and Toshiro Mifune in the drama The Walking Major. Filming on location in Japan, the film was nominated for a Golden Globe for Best English-Language Foreign Film.

In 1971, Sinatra released Spice, an album produced by the late Sonny Burke. The album contained the writing talents of Frank Jr. on three cuts, “Spice,” “Black Night” and “Believe in Me,” and the further album cuts were conducted and arranged by the renowned Nelson Riddle. He followed the album up with two other records, His Way and It’s All Right. In 1983, he worked with the Pat Longo All-Star Jazz Band for Billy May For President, a tribute to arranger-conductor Billy May. He contributed five songs on the album.

During the 1960s and into the 1970s, Sinatra performed regularly in Las Vegas, either as the opening act for numerous stars in the main rooms or as headliner in his own right in the lounges. When lounges were being converted into bingo rooms, buffets and sports bars, his band became apparently out of date. 1985 served as a significant turning point for Sinatra’s career when he opened the Four Queens Hotel in downtown Las Vegas. Supported by a 17- piece orchestra, he re-launched the flourishing big-band sound to lounge patrons. After this and for the next eight years, he regularly performed at the resort.

1990 saw Sinatra enlarge his band into twenty musicians, and two years later, he brought his show to the Desert Inn, making history for being the first big band to appear in a lounge on the famed Las Vegas strip after twenty years. Despite the success, Sinatra’s talents were always overshadowed by his father’s huge fame. In 1993, people gathered at the Desert Inn in Las Vegas in which Sinatra Jr. was singing in the lounge and his father was performing in the showroom. Another tumultuous week he experienced was when he conducted his father at the celebrated Radio City Music Hall in New York City in 1994. After this, he moved on to the Green on Central Park to perform his own late night show. It was a very successful performance. He was then booked for the following year at Atlantic City’s Trump Plaza.

In 1996, Sinatra released As I Remember It, a tribute to his father’s gifts and the arrangers and composers who created the Sinatra legend. The record did well on the musical charts and won major critical acclaim. Shortly after the album’s release, he embarked on tour to promote the album. On the tour, he charmed audiences with renditions of such classics as “Old’ Man River,” “Night and Day” and “I’ve Got the World on a String,” among others. As I Remember It, in which he utilized an excellent 44-piece orchestra and the unique arrangements of notable Nelson Riddle, Billy May and Don Costa, unquestionably distinguished himself as a debut vocalist and engaging storyteller. The work received positive reviews and respect from both critics and fans alike.

Led by the success of As I Remember It, Sinatra extended the tour into 1997. He also performed as a singer, pianist, and conductor for his 10-city Gershwins’ America tour, which was launched on July 4, 1997, in Battery Park. The tour ended on August 10, 1997, in Los Angeles, California, amidst positive feedback. Next, Sinatra once again concentrated on the nostalgic melodies of the big bang era and with his 20-piece orchestra, performed in theaters and showrooms throughout the U.S. From the fall of 1997 through the summer of 1998, he enjoyed successful concerts in such places as Harrah’s Casino & Hotel and Trump Marina, Atlantic City’s Claridge Casino Hotel, and Laughlin’s Harrah’s Casino & Hotel.

Kicking off 1999, Sinatra scored another triumph with a sold-out performance at Miami Beach’s well-known Fontainebleau on New Year’s Eve. Since then, he has continued to entertain audiences in Las Vegas and elsewhere. Everywhere and on every occasion he performs, he always keeps one thing in his mind; “The people come to hear the music, so I always make sure the music is the real star of the show. I want the spotlight to shine on the individual musicians as well as the singer.”

As for his future project, occasional actor Sinatra is set to appear as a judge in the Gary Chason-directed Everything or Nothing (2007). The drama stars Natasha Melnick, Weston Mueller, Sue Rock and C.C. Courtney. 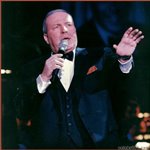 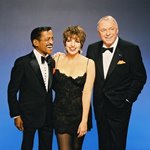