Born to parents whose hobby was the art of puppetry, England-born, California-raised Frank Oz began presenting his own shows by the age 12 and was recruited by Muppet creator Jim Henson at a West Coast convention of puppeteers in 1963, a year after graduating from college. Following a series of acting jobs, including playing Rowlf the Dog on “The Jimmy Dean Show” (1963-1969) and an office messenger on Henson’s short Time Piece (1965), he received his first huge-break on the 1969 renowned children’s educational series, “Sesame Street,” which again was collaborated with Henson. In the show, which targeted youngsters and stressed multiculturalism, Oz operated and personified such childhood icons as Cookie Monster, Grover and Bert.

While working on the day time series, Oz followed Henson to evening TV for “The Muppet Show” (1976-1981), where he became the host of such characters as the charming Miss Piggy, Fozzie Bear, Sam the Eagle and Animal. The syndicated show won one of five Emmy nominations in the category of Outstanding Comedy-Variety or Music Series, accomplishments he shared with David Lazer (executive producer), Jim Henson (producer/star), Jerry Nelson (star), Richard Hunt (star) and Dave Goelz (star).

In 1979, Oz broke into movies with The Muppet Movie, which presented an outstanding vehicle for his phenomenal talents as a puppeteer and voice artist, which he followed with a cameo turn as a corrections officer in the John Landis-helmed The Blues Brothers (1980). Lured by his work on The Muppet Movie, Oz was hired to provide the voice of Yoda, the beloved 300-year-old mystic Jedi Master, in Star Wars: Episode V-The Empire Strikes Back (1980), a star voice role he later reprised for Star Wars: Episode VI- Return of the Jedi (1983) and the prequels Star Wars: Episode I - The Phantom Menace (1999), Star Wars: Episode II - Attack of the Clones (2002) and Star Wars: Episode III - Revenge of the Sith (2005). Meanwhile, Oz also remained faithful to the Muppets. He continued to be involved in front and behind the camera on several projects. He also fond time for his acting career by appearing in An American Werewolf in London (1981), Trading Places (1983), Spies Like Us (1985), Innocent Blood (1992) and Blues Brothers 2000 (1998).

After earning a reputation as an accomplished puppeteer, Oz also branched out to directing and made his feature directorial debut in 1982’s The Dark Crystal, co-directed with his mentor Henson. The fantasy adventure was followed by his solo directing of The Muppets Take Manhattan (1984), which he also co-wrote. In 1986, Oz took on his first non-Muppet feature directing assignment with the musical Little Shop of Horrors, adapted from the Off-Broadway smash hit of the same name. With this comedy, which also marked Oz’s first partnership with comic actor Steve Martin, he proved himself a proficient director of live action with a solid sense of comedic timing. Oz and Martin were reunited for Dirty Rotten Scoundrels (1988) and Housesitter (1992). Also in 1992, Oz debuted as an executive producer on The Muppet Christmas Carol (1992), helmed by Henson’s son Brian.

Returning to kids’ material, Oz helmed the attractive The Indian in the Cupboard (1995), adapted from a much-admired best-selling children’s novel by Melissa Mathison, before the director scored a hit with the highly successful comedy In & Out (1997), starring Kevin Kline and Tom Selleck. He also had another spiky, crowd-pleasing comedy with Bowfinger (1999), starring Steve Martin and Eddie Murphy. He switched to a more serious mode in 2001 with the crime thriller The Score (2001), which had him directing Robert DeNiro, Edward Norton, and Marlon Brando. The same year, Oz provided the voice of Fungus in the Disney/Pixars hit CGI-animated Monsters, Inc.

2004 saw Oz return to the director’s chair with the film The Stepford Wives, starring Nicole Kidman, Matthew Broderick and Bette Midler. He lent his voice for the animated movie Zathura: A Space Adventure (2005), as Robot, and more recently, served as the director of the Matthew Macfadyen-Rupert Graves comedy Death of Funeral (2007). 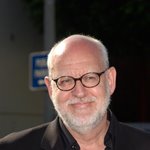 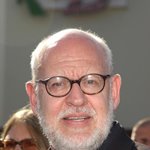 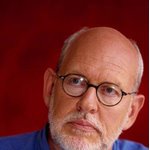 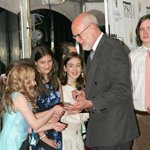 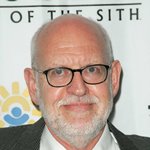