Esther Baxter rose to prominence after being featured in the music video for Petey Pablo's single "Freek-A-Leek" in 2004. Since then, she has appeared in several music videos , including Ludacris's "Number One Spot", Will Smith's "Switch", Nelly's "Shake Ya Tailfeather" and Kanye West's "The New Workout Plan". In addition to video success, she's also been in a number of magazines, such as VIBE, King, and XXL.
She is known to have been a kindergarten teacher and a Red Lobster waitress before she became a video model.
She is also been called "Miss Freek-a-Leek" due to her appearance in Petey Pablo's video. 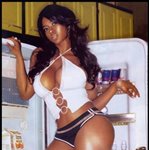 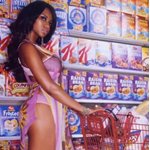 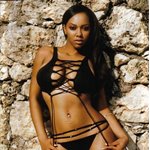 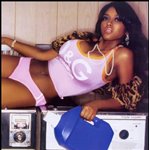 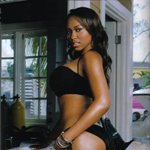 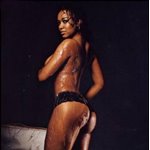 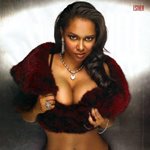