Eriko Sato in Hideaki Anno’s “Cutie Honey”
Based on a 1973 manga by Go Nagai that became a popular TV show, “Cutie Honey” is a prototype for all those anime whose
heroines have pneumatic bodies (encased in the tightest and skimpiest of mini-skirts) and powers that would give The Terminator
pause for thought. Hollywood has produced similar heroines, most of them seemingly played by Angelina Jolie, but Honey’s brand of eros — cute and clueless — is uniquely Japanese.
As played by Eriko Sato — she of the big eyes and babelicious proportions — Cutie Honey (aka Honey Kisaragi) is less the
naive-but-sexy go-go girl of Nagai’s imaginings and more the modern Shibuya girl, who may adopt whirly-girly looks and
mannerisms but blithely ignores traditional standards of feminine decorum. Call her brainless, or her fashion sense bizarre, but
Honey is one kick-ass woman — and impossible to dislike.
Also, like Marilyn Monroe and other sex goddesses who never lost sight of their inner child (or rather never grew up), Honey has an aura that says “Look but don’t touch.” Men may be bowled over by her, but she is beyond them, beyond all of us. For Honey, we learn, is not a human being, but an android, and one that can take on any number of guises (as long as she has the energy to do so, usually provided in the form of convenience-store rice balls).
Her first opponent is Gold Claw (Hairi Katagiri) of the notorious Panther Claw gang, who looks like a cross between a yellow-tinged
samurai warrior and Marilyn Manson. At the behest of Sister Jill (Eisuke Sasai), an immortal of uncertain gender and voracious
appetites, Gold Claw and his minions have kidnapped Ryu Utsuki (Masaki Kyomoto), a scientist who helped Honey’s deceased
“father” develop I System — a fearsome power source that can be used to rule the world.
The police, led by grim-faced, pillowy-lipped detective Natsuko Aki (Mikako Ichikawa), try to apprehend Gold Claw on a Tokyo pier, but he is too much for them — until Honey arrives on the scene. A titanic battle then ensues, with Gold Claw retiring thwarted, if unbowed.
Who is this Honey? Natsuko is soon on the case, but the first to track her down is dapper newspaper reporter Seiji Hayami (Jun
Murakami), who discovers her working as a meek OL — something like Clark Kent with a tea tray. Soon after, with Seiji and Natsuko by her side, Honey goes to confront Sister Jill and her gang. But that, as it turns out, is precisely what they want, since the key to controlling I System is none other than Honey herself.
Anno, who examined the Shibuya Girl phenomenon in his 1998 film “Love & Pop,” may have made a genre parody targeted at kids,
but he is surprisingly in tune with Honey and her world. Instead of snickering at the on-screen action, Anno has filmed it with a fan’s affection — and awe — at the mysteries embodied by this red-wigged goddess with passion-pink lipstick.
Also, instead of running the usual supergirl-saves-the-world riffs, Anno and scriptwriter Rumi Takahashi explore the unlikely
friendship that develops between Honey, Natsuko and Seiji, cemented by a drunken karaoke session far funnier than the one in
“Lost in Translation.” Mikako Ichikawa, who first made an impression as a shogi prodigy in the 2002 Kentaro Otani comedy “Travail,” is especially good as Natsuko, pulling off the trick of looking simultaneously sexy, severe and human. She is not just another caricature, but a woman, like Honey, with a real beating (if lonely) heart.
What could have been a grating exploitation vehicle is actually a smart, entertaining tribute to a Japanese pop culture icon, as well as an absurdist meditation on the merger of woman and machine. If Honey is the future, I’m all for it. 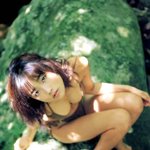 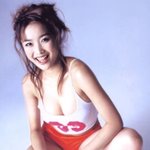 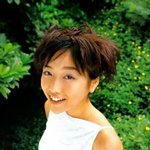 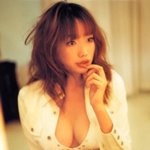 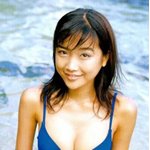 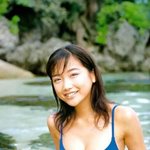 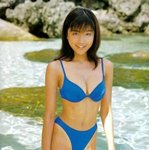 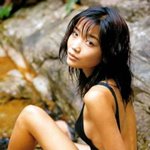 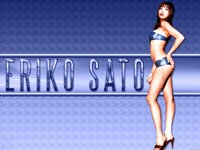 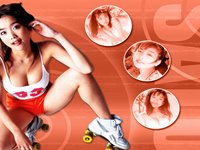 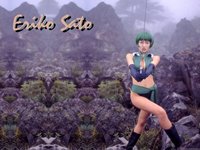 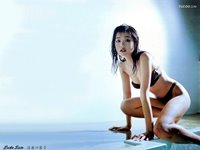 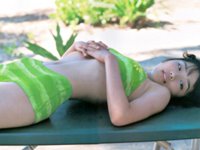 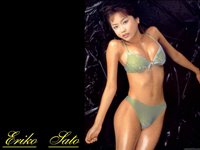