Possessing leading man good looks and undeniable charm, Erik von Detten has proven himself to be an actor of unquestionable talent. Having amassed an impressive resume of feature film and television credits running the gamut from comedy to drama, the young actor's career is certainly on the rise.

Von Detten's numerous television credits include series regular roles on ABC's "Dinotopia" (2002), ABC's "Odd Man Out" (1999) and The Disney Channel's "So Weird" (1999). He has guest-starred on many popular television series, including ABC's "8 Simple Rules... for Dating My Teenage Daughter" (2002) in which he played the roommate to David Spade's character; an Emmy Award-winning episode of NBC's "ER" (1994) where he played a kid trapped in a storm drain; and NBC's "Law & Order: Special Victims Unit" (1999), in the role of a preppie murderer. He also appeared as a guest contestant on ABC's "Celebrity Mole: Hawaii" (2003).

His diverse telefilm credits include the lead role in the hit rollerblading movie, Brink! (1998) (TV), which was one of the first Disney Channel Original Movies; Replacing Dad (1999) (TV) with Mary McDonnell; a starring role opposite Robert Hays in The Family Channel's Christmas Every Day (1996) (TV); CBS' A Stranger to Love (1996) (TV) with Beau Bridges; the lead character of Danny in Disney's remake of Escape to Witch Mountain (1995) (TV) for ABC; CBS' A Season of Hope (1995) (TV) opposite JoBeth Williams; NBC's "In the Line of Duty: Kidnapped" with Dabney Coleman and Timothy Busfield; and the CBS drama In the Best of Families: Marriage, Pride & Madness (1994) (TV), in which he played the young son to Keith Carradine's character.

Von Detten's feature credits include leading roles in Disney's The Princess Diaries (2001) where he played the object of Anne Hathaway's affections; and Universal's Leave It to Beaver (1997) in which he played Wally Cleaver opposite Christopher McDonald and Janine Turner.

He has also lent his voice to Disney's and Pixar's highly successful Toy Story (1995) in which he played Sid, the next-door neighbor toy torturer. Additionally, he has voiced characters for Disney's animated feature Tarzan (1999) and the television series "The Legend of Tarzan" (2001), the animated television series "Recess" (1997) and the feature versions Recess Christmas: Miracle on Third Street (2001) (V) and Recess: School's Out (2001).

Von Detten was born and raised in Southern California in a family of three sisters, which was a far different experience from that of his "Complete Savages" (2004) character. At the age of nine, Erik accompanied his sister to an agent meeting and was signed on the spot. Soon after, he landed his first professional role, that of a series regular on NBC's "Days of Our Lives" (1965), which he considers his training ground. After a two-year stint on the show, von Detten continued to amass an impressive list of film and television credits throughout his teenage years.

Aside from acting, von Detten's interests include classical piano, landscape photography and self-portraiture, and spending time on his classic 1969 sailboat which he bought at the age of twelve and has fully restored. During his free time, von Detten also enjoys hiking, surfing, tennis and rollerblading on the Venice Boardwalk with his Dalmation, Miles. He is also a Big Brother to a 7-year-old boy through the Big Brothers Big Sisters mentoring program. 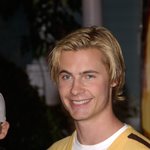 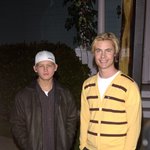 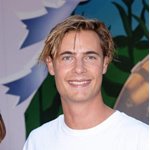