Shedding approximately thirty pounds of football weight, Eric Winter pursue work as a model on a girlfriend suggestion. Not long afterward, he landed an agent and found himself modeling for Tommy Hilfiger. He also appeared in numerous national commercials, including for 7-UP and Mitsubishi.

Eric’s increasing exposure brought him some acting jobs. He guest starred in several television shows, including NBC crime drama "Profiler," UPN sitcom "The Parkers" and MTV anthology series "Undressed" (all three in 1999). And after appearing in a March 2002 episode of MTV comedy show "The Andy Dick Show," he landed the role of Rex Brady on NBC long-running daytime soap opera “Days of Our Lives.” He joined the show from July 8, 2002 until his final appearance on July 26, 2005. During that time, he was spotted as a guest in a November 2002 episode of the WB supernatural drama “Charmed” and was seen in the TV movies Back When We Were Grownups (2004; starring Blythe Danner), based on Anne Tyler's novel, and The Magic of Ordinary Days (2005; starring Keri Russell and Skeet Ulrich), adapted from Ann Howard Creel's novel.

After departing “Days of Our Lives,” Eric made guest appearances on CBS popular, Emmy Award-winning crime drama series "CSI: Crime Scene Investigation," UPN primetime drama "South Beach" (executive-produced by Jennifer Lopez) and the WB short-lived comedy-drama starring Rebecca Romijn, "Pepper Dennis." He also appeared twice (in the Pilot episode and the 22nd episode of the show’s first season) as Mike Smith on UPN sitcom “Love Inc.” The show, based on Elana Berkowitz's best-selling article in the New York Times, was cancelled due to the WB and UPN becoming the CW network.

As for modeling, Eric landed a part in a commercial with Britney Spears for the pop star’s new range of perfume, “Curious.” 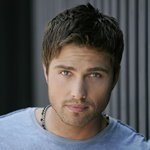 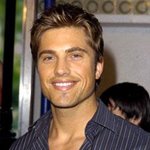 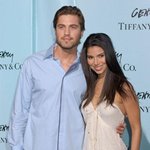 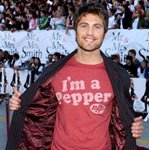 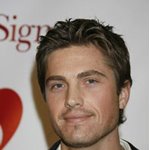