As a songwriter I guess my biggest influences were Gordon Lightfoot, James Taylor, Kenny Rankin, Bob Dylan, Paul Simon, and a few others. As a guitar player, I learned my finger picking and flat picking style from Ramblin' Jack Elliott and Dylan. As a singer, well it would be safe to say that's entirely me.

I've been writing and singing songs ever since I was 17 years old. I toured professionally when I was in my 20s, and won the Aspen songwriting festival when I was 25. I've written more than 300 songs; the best of them are on my two CDs, Songwriter Shuffle, which was released in 2000, and Shadow Land, released in 2006. Both CDs feature some incredible backup musicians from Northern California - including Chris Webster, Joe Kraven, and Jim Rothermel.

In my non-musical life, I am president of a management consulting company headquartered in California. We specialize in strategic change management. I've written a few books and created several dozen management tools which you can learn about on the web site at www.leadingresources.com.

In my personal life, I'm married to Susanna Cooper. I have four children: Kate, Charlotte, Abigail and James. They are all doing splendidly, though none of them has yet decided to be a songwriter. 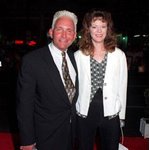 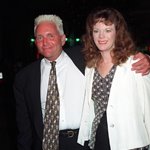