Emily VanCamp was born on May 12, 1986 to her mother and animal nutritionist father in the small town of Port Perry, Ontario, Canada. Growing up, she was third in the family of four girls, so it can be said she was a hyper middle child. At the ripe young age of three, Emily started dancing all around her house. When she got older, she told her mother she wanted to move away from home to pursue it further. Her mother was hesitant, but supported her daughter nonetheless. At 11, Emily applied to L'Ecole Superieure de Danse de Quebec and when she was accepted, she moved there to study ballet, jazz, hip-hop, and tap.

Emily was influenced to start a career in the acting biz when she saw her oldest sister, Katie, do a film. She found an agent when her mom told her to find one herself if she was truly serious about pursuing it. And she was. Emily was passionate about acting from the moment she saw her sister on the set of that movie. After finding an agent, Emily starred in two commercials, one which involved her standing in a big pot of ice cream. By then, she was trying to balance her dancing and acting career at the same time, and finally decided to focus her attention soley on acting. She left the school after three years and went to search for roles. In 2000, she starred in an episode of the popular Nickelodeon television show, Are You Afraid Of The Dark? and went on to have a small role in the made for television movie Jackie O: A Life Story. The following year, she starred in an independent film named Lost & Delirious, which got rave reviews at the Sundance Film Festival that year.

2002 was the year that put her name out there. She landed a role as one of the main characters in Kevin Williamson's new show, Glory Days . After a few months, it stopped production and was taken off the air. Emily was optimistic, despite the sad end of it, because the exact day the show was cancelled, she learned she had gotten the part for Everwood , so that was something to be happy about. Greg Berlanti, creator of Everwood, saw her performance on Glory Days and was certain she would be perfect for the part of Amy. After living in Montreal for a few years, she moved to Utah to be near the filming sites of Everwood.

For four precious years, she played the character of Amy Abbott flawlessly, with dignity and grace. Her natural beauty and effortless talent made her presence on screen remarkable and a joy to watch. She was never afraid to go beyond the limits to perform the best she could with the role of Amy, even with difficulty. Her acting during Amy's depression storyline in the show's second season could have well given her an Emmy.

During the summer hiatuses of Everwood , she worked on several films. In 2004, she played Sharon Stone's daughter in A Different Loyalty and was also cast in the eventual box office hit, The Ring 2 . In the summer of 2005, she filmed Black Irish, a coming-of-age movie, on the streets of Boston. With a television and movie career, Emily is unstoppable.

Now that Everwood has ended, Emily has sold her house in Park City, Utah and moved to Los Angeles. Several months passed by and she finally received a new project. She landed a guest starring role in the popular crime drama, Law & Order: SVU, playing a girl named Charlotte who gets herself tangled in a web of lies and deceit while being the main suspect to her mother's murder.

Most recently, Emily scored a pivotal role in the new hit television series, Brothers & Sisters. Greg Berlanti, coincidentally enough, is the executive producer of this show. Her fellow co-star, Treat Williams, who played Dr. Andrew Brown on Everwood, has already been in several episodes. Emily currently plays Rebecca Harper, the illegitimate child of Holly Harper and William Walker (now deceased). Holly, her mother and William's mistress, lied to her for twenty years about where she came from. Now, she's a new addition to the Walker family and will be stirring up drama for them, Sundays at 10/9c on ABC.

Emily is the epitome of what an actress should be. She took it upon herself to never submit to the pressures of Hollywood, which makes her so humble and amazing. Wherever her career leads her next, we know it will be a success because everything she does is impressive. 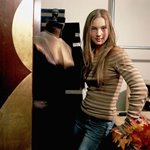 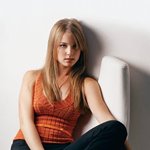 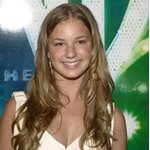 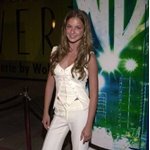 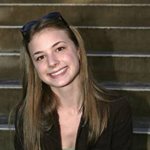 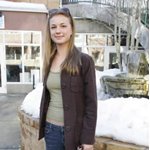 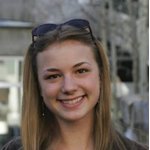 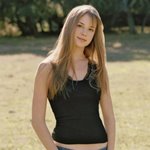