Elizabeth Guerra, better known as "Ely" has been in the Mexican music business for quite some time. She started her music career with an album called simply "Ely Guerra". In this album she included a song called "Júrame" which legendary composer María Grever made some years ago. She was quickly noticed for her uncanny voice and her ravishing good looks. Following the promotion of her first CD, she did some photo shoots for some important Mexican magazines, including Somos, in the special edition "Las 50 mujeres más bellas de México".

After a small hiatus in which she prepared more she released her second album called, "Pa' Morirse de Amor" (To Die OF Love). Songs like "Peligro" (Danger) and "Ángel de Fuego" (Angel of Fire) rapidly caught the public's attention.

In 2000, she returned with a fresher and more modern image and launched her third production. This CD is called "Lotofire". Her first single called "Tengo Frío" (I'm Cold) and "Vete" (Leave) where featured in MTV Latin America and was charted at number one for some weeks.

An opportunity came when she was able to write the music for the Mexican motion picture "De La Calle". She participated in the soundtrack and sung the main theme from the movie.

After this, she re-released her two previous albums. In these new editions she added some acoustic versions of her songs and a new song composed by Cerati, called "Sueles Dejarme Solo" (You used to leave me alone). She then continued doing presentations in Mexico and in the southern United States. 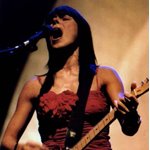 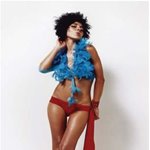 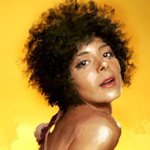 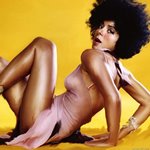 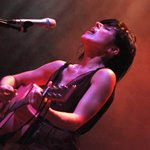 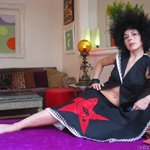 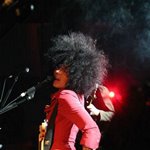