18-year-old Elliott Gould got his start singing and dancing in the chorus of several Broadway musicals, such as 1957’s “Rumple” and 1960’s “Irma La Douce,” before scoring his big break in Harold Rome’s musical about the garment industry, “I Can Get It For You Wholesale” (1962), starring with Barbra Streisand, whom he married the next year. Although the two received positive reviews, the play did not and was quickly closed. Two years later, he had his first taste in front of the film camera in the little-seen independent production The Confession, playing a deaf-mute.

After the inauspicious debut, Gould did not appear in another movie until 1968’s The Night They Raided Minsky’s, a charming period comedy directed by William Friedkin and starring Jason Robards and Britt Ekland. His movie career’s gained a true momentum a year later when director Paul Mazursky had the actor play the role of Ted Henderson in the glossy but groveling Bob & Carol & Ted & Alice. For his bright performance, he was handed a Best Supporting Actor Oscar nomination, as well as received a BAFTA nod for Best Actor and a Golden Laurel nomination for Male New Face. The actor further made good reputation with his starring role as Capt. John Francis Xavier ‘Trapper John’ McIntyre in Robert Altman’s MASH (1970), opposite Donald Sutherland. The role brought him a 1971 Golden Laurel for Best Comedy Performance-Male, and two nominations, a Golden Globe for Best Motion Picture Actor - Musical/Comedy and a BAFTA Film for Best Actor. He offered other fine leading roles in Richard Rush’s Getting Straight (1970) and Altman’s The Long Goodbye (1973, as the detective Philip Marlowe).

Gould’s career decelerated after a string of commercial and critical disappointments in the mid to late 1970s, but he maintained his busy schedule throughout the 1970s by starring in many movies, most notably Altman’s California Split (1974, opposite George Segal), Peter Hyams’ Busting (1974) and Capricorn One (1978), Richard Attenborough’s A Bridge Too Far (1977) and the Anthony Page-helmed The Lady Vanishes (1979). During 1975-1980, he also found himself hosting several episodes of “Saturday Night Live.”

Next, Gould starred in Disney’s movies The Last Flight of Noah’s Ark (1980) and The Devil and Max Devlin (1981), supported Roger Moore in The Naked Face (1984) before starring in the CBS comedy series “E/R,” as Dr. Howard Sheinfeld from 1984 to 1985. The following year, he made his next attempts in TV comedy with “Together We Stand,” playing David Randall, and HBO’s “Sessions” (1991), as Dr. Bookman, but both were also short-lived. The actor recaptured some recognition in features with a short but flashy performance as an aging hoodlum in Warren Beatty’s 1991 film Bugsy. The next year, he rejoined Robert Altman for the piercing Hollywood satire The Player, starring Tim Robbins.

Gould continued to have a slew of supporting roles in movies that were never release, or went directly to videos, including Beyond Justice (1992), Wet and Wild Summer (1992), Amore! (1993) and Cover Me (1995). It was not until the 1998 controversial American History X that he acted in a movie that prettified any critical eulogize, although it was widely-known for Edward Norton’s vehicle. Fortunately, Gould was able to retain a recurring role as Jack Geller, father to Ross and Monica, in the highly-successful television sitcom “Friends,” a role he played from 1994 to 2003. He also found himself making guest appearances in several popular shows such as “L.A. Law” (1993), “Lois & Clark: The New Adventures of Superman” (ABC, 1994), “Diagnosis Murder” (CBS, 1996) and “Touched by an Angel” (CBS, 1998).

In 2000, Gould appeared in more low-profile movies like the festival-screened comedy Playing Mona Lisa and Picking Up the Pieces, which was refused theatrical release because it parodied unfaithfulness and death-by-dismemberment. He bounced back a year later with a notable supporting performance as Reuben Tishkoff, an ex-casino owner, in the remake of the Rat Pack caper comedy Ocean’s Eleven, which brought him a MTV Movie nod for Best On-Screen Team and a Phoenix Film Critics Society nod for Best Acting Ensemble. Directed by Steven Soderbergh, the movie had an all-star cast including George Clooney, Brad Pitt, and Julia Roberts. In 2004, he reprised the role of Reuben Tishkoff for the sequel Ocean’s Twelve. 2005-2006 saw the actor team up with Joel Edgerton, Robin Tunney and Cybill Shepherd in the drama feature Open Window, as John, and appear in episodes of “Agatha Christie’s Poirot” (2005) and Showtime’s “Masters of Horror” (2006). He recently also has completed a family film Little Hercules in 3-D (2006), starring Judd Nelson.

The 69-year-old actor is set to return to his Reuben Tishkoff role for the third installment Ocean’s Thirteen (2007) and play Bill in the drama film The Redemption of Sarah Cain (2007), opposite Lisa Pepper, Abigail Mason, Soren Fulton andDanielle Chuchran. On the small screen, he will be cast as uncle Abe in the miniseries drama ‘St. Urbain’s Horseman” (2007), based on the novel by Mordechai Richler. 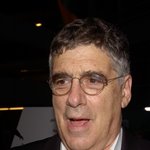 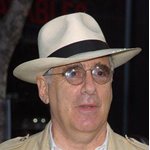 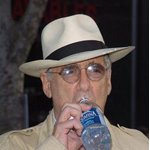 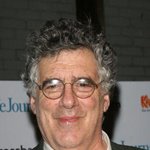 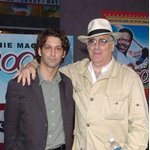 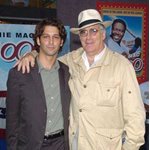 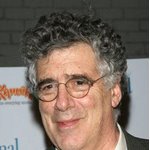 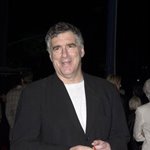