When we think of the term "worse for wear," somehow images of Edy Williams always seems to pop up. You have to admit the old gal, even at age 60 plus, can't ever be accused of being a shrinking violet or not pulling out all the stops to get the attention needed to make it in her line of business. This ballsy, uninhibited, perennial starlet grew up in all sorts of ways in Southern California and started chasing after modeling work with local photographers while in her teens. An undeniably gorgeous presence, she was the recipient of several California beauty titles which led to her eventual signing over at 20th Century-Fox in the early 60s.

She started gleaning her talents with decorative bits in such pictures as For Love or Money (1963), Man's Favorite Sport? (1964), A House Is Not a Home (1964), in which she and fellow "glamazon" Raquel Welch played call girls, The Naked Kiss (1964), the Elvis Presley vehicle in Paradise, Hawaiian Style (1966) and Nevada Smith (1966) starring Steve McQueen. Television utilized her as sexy scenery or a vapid foil on "The Twilight Zone," "The Beverly Hillbillies," "Burke's Law" and "Batman."

In her mainstream prime, Edy earned second femme lead status next to James Farentino, Julie Sommars and Brian Bedford in the teasing comedy The Pad and How to Use It (1966) and Walter Matthau and Anne Jackson in The Secret Life of an American Wife (1968), but things changed big time once she hooked up with nudie producer/director Russ Meyer, her mentor-turned-hubby. She was displayed front-and-center as a predatory femme in his softcore eroticas Beyond the Valley of the Dolls (1970) and The Seven Minutes (1971), but in the end he failed to make her a star.

She and Meyer eventually divorced in 1975. Since then she has been more or less tooting her own horn. A notorious publicity hound who could make even Jayne Mansfield wince a bit, she has made annual, eye-catching appearances (not in a good way) at Cannes and at the Oscar awards, opting for jaw-dropping "bordello chic" formal wear to get the flashbulbs popping. Her scantily-clad gowns have earned her "worst dressed" awards from here to Timbuktu. She has also occasionally hit the exploitation trail with obvious parts in such films as Chained Heat (1983), Lady Lust (1983), Hollywood Hot Tubs (1984), Nudity Required (1988) and Bad Girls from Mars (1991). You have to hand it to her, like Frank Sinatra, she did it her way. 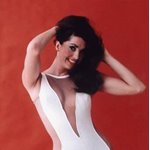 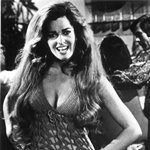 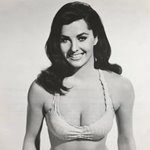 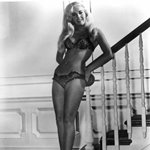 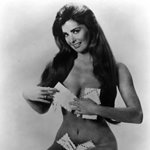 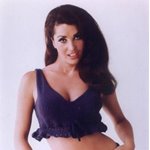 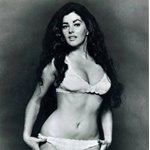 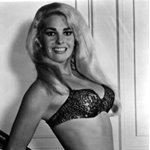