Andrea Donna de Matteo, called Drea (pronounced "dray"), was born on January 19, 1972 in Queens, New York, into an affluent family, the youngest of three children and the only girl. De Matteo's father is a furniture manufacturer and her mother, Donna, is a playwright and teaches playwriting at HB Studio in New York. De Matteo spent her early childhood in Queens, and the family then moved to the Upper East Side in Manhattan, into Aretha Franklin's former townhouse.

De Matteo decided to pursue a directing career at NYU's Tisch School of the Arts, perhaps because of the brief moment when, as a girl, she was brought onstage out of the audience and dazzled by the stage lights when she was seeing the play "Cats," perhaps because of her mother's involvement in the entertainment business. Once she was in school, however, it was the acting classes which attracted her greatest interest, and she decided on an acting career. After a screen debut in an obscure independent and a small part in a small movie, Meet Prince Charming (1999), de Matteo auditioned for a one-episode part in the HBO series "The Sopranos" (1999). She impressed the producers enough that they expanded the role, as Adriana La Cerva, girlfriend to up-and-coming Soprano family soldier Christopher Moltisanti (Michael Imperioli), and she eventually became a regular on the show. De Matteo had the right sultry beauty to portray Adriana, but her acting skills greatly fleshed out the character, making her as rich and complex a character as a slightly ditzy gangster's girlfriend can be in the first place - humorous, even charming in a way and, ultimately, tragic. She won an Emmy award for her portrayal of Andriana in 2004.

Although De Matteo's role on the HBO series ended in 2004, in that same year she got a leading role in "Joey" (2004), a spin-off of the long-running NBC sitcom "Friends" (1994). She has also appeared in several movies since starting on "The Sopranos" - regardless of the caliber of the production, de Matteo has consistently shown her strong acting skills, such as her award-winning lead in Abel Ferrara's 'R Xmas (2001) and her supporting role in Prey for Rock & Roll (2003).

Although De Matteo describes herself as shy, she also says she was and remains a wild, multi-tattooed party-girl who peppers her conversation with strong language and prefers jeans to dressing up. She owned a rock and roll vintage clothing store in the East Village called "Filth Mart" for several years but has closed it and is considering re-opening it in the Los Angeles area. She has said that she considers actor Vince Vaughn to be like a brother to her. 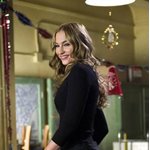 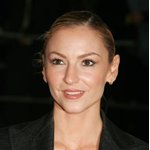 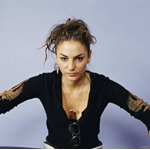 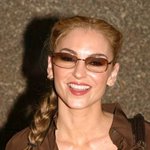 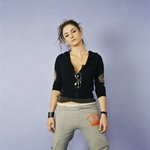 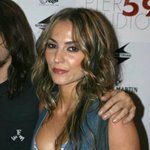 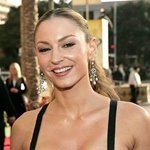 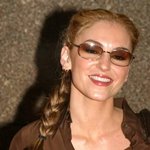