An excellent athlete, Doug Savant became interested in acting and decided to leave his education at UCLA in order to pursue a professional career. He made his first film appearance in 1984 by having an uncredited role in the Goldie Hawn-Kurt Russell drama Swing Shift, which was followed by a bit part in David Greenwalt’s Secret Admirer and a supporting role in Michael J. Fox’s comedy Teen Wolf (both 1985). He added TV acting to his endeavors that same year with an episodic role in the CBS “Cagney & Lacey,” where he played a teenage rape victim named Dwayne Patterson. He went on to score a recurring part in the primetime soap “Knots Landing,” a role he had from 1986 to 1987, and appear as guest star in such series as “Hotel” and “Alfred Hitchcock Presents” (both 1986) as well as the primetime shows like “In the Heat of the Night” (1988), “China Beach” (1990) and “Jake and the Fatman” (1990). In the meantime, he also took on roles in films like the war/drama The Hanoi Hilton (1987), Masquerade (1988, starred Rob Lowe) and Paint It Black (1989, opposite Rick Rossovich) and Red Surf (1990, with George Clooney). Still in 1990, he made his TV-movie bow in a failed pilot, The Knife and Gun Club.

A good-natured pizza delivery boy-turned-actor, Savant got his huge break when he landed a costarring regular role in the Aaron Spelling semi-“Beverly Hills, 90210” spin-off, “Melrose Place,” playing Dr. Matt Fielding, one of the few gay characters on network television at that time. However, his role was edited greatly by the network, most remarkably a kiss between Matt and his then-boyfriend (Greg Evigan) which was cut at the last minute. Rather disillusioned, the actor finally departed the Fox show in 1997, after six seasons, and, a year later, his character was killed off camera in a car accident.

Savant’s next big breakthrough arrived in 2004, when he was cast in creator Marc Cherry’s soon-to-be-hit series “Desperate Housewives” (2004-?), as Tom Scavo, the peripatetic business husband of Felicity Huffman’s Lynette. During the show’s first season, Tom was a recurring part, but by the show’s second season, he was bumped up to series regular status. Recently, in 2006, he took home a Screen Actors Guild for Outstanding Performance by an Ensemble in a Comedy Series, an award he shared with costars like Teri Hatcher, Felicity Huffman, Eva Longoria and Marcia Cross.

The Desperate Housewives star could be seen playing McDonald on All You’ve Got (2006). 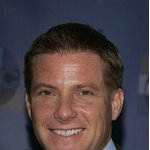 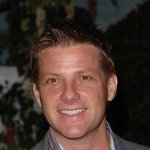 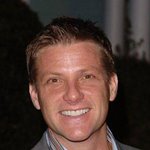 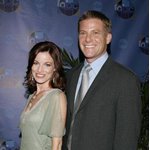