Dorian Gregory played bass from elementary school to his freshmen year in high school before he became interested in D.J.’ing at parties. This led to forming a house party D.J./MC service with several friends. While in college, with a major in broadcasting and television production, he emerged as an in demand “producer” on campus, working with many local bands in the production of their music demos. Meanwhile, he attended some “open casting calls” (as an actor) for commercials. It was when he discovered acting that Gregory started taking drama classes, theater workshops, and scene study. To pay the bills, he even took a job as a private fitness trainer and in club promotions, which segued into work as a Doorman/ Bouncer/ D. J., at some local nightspots in North Hollywood and the “Valley.”

After finding an agent, Gregory began getting semi-regular work in music videos, commercials, sports and athletic wear print modeling jobs, some sketch comedy troupe work, and finally, several major commercial work and various roles in sitcoms, soaps and dramatic television series, to name a few. He could be seen in episodes of “Baywatch” (1991), “Sister, Sister” (1995), “Beverly Hills, 90210” (1995) and others, before landing his first major role as clairvoyant Diamont Teague in syndicated dramatic series “Baywatch Nights,” a regular role he played from 1996 to 1997. During this time, he also worked as guest co-host on the “politically incorrect” weekly radio talk show “The Cigar Show.”

While working on the show, in the spring of 2002, he teamed up with Dick Clark, Danny Bonaduce and Mario Lopez to co-host the talk show “The Other Half,” which airs in syndication on NBC. The next year, he became the host of the music show “Soul Train” and played the role of Lucius Johnson in the comedy feature Deliver Us from Eva, opposite LL Cool J and Gabrielle Union.

After “Charmed,” Gregory made a guest appearance in an episode of “The Bad Girl’s Guide” (2005) and had a supporting role in the comedy/romance Getting Played (2005), written and directed by David Silberg and starring Vivica A. Fox, Bill Bellamy and Carmen Electra. The actor has recently completed a comedy film Show Stoppers, due for 2007 release. The upcoming project will see Gregory as final judge. 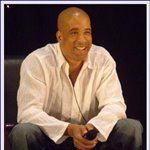 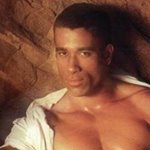 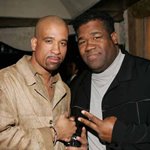 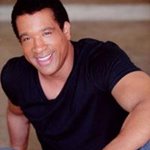