Before earning his formal training, a graduate of Guildhall School of Music and Drama, Dominic West began performing in amateur stage productions when he was a child. In 1995, upon graduating, he appeared in Sean O’Casey’s “The Plough and the Stars” at the Almeida Theatre in England and went on to make his wide screen debut in the Oxford University-set drama Wavelength, that same year. This was followed by performances in films like the adaptation of Richard III (1995, starred Ian McKellen), Merchant-Ivory’s Surviving Picasso (1996, as Paulo Picasso) and the Oxford University 1987 boat race-themed drama True Blue (1996), in which he played the role of team president Donald MacDonald. 1997 saw the actor star opposite Polly Walker in Hungarian director Karoly Makk’s The Gambler and portray an ambitious British paparazzo in the Australian romantic comedy Diana & Me, opposite Toni Collette. The same year, he played photographer again, this time with a small role in the wacky mockumentary Spice World. West resurfaced on stage by starring in the 1997 Peter Hall-helmed productions of “Cloud Nine” and “The Seagull” at the Old Vic in London.

Following a remarkable performance in the British miniseries “Out of Hours” (1998), opposite John McArdle and Lindsey Coulson, West landed the pivotal role of Lysander, rival of Demetrius (Christian Bale) and lover of Hermia (Anna Friel), in the Michael Hoffman-directed star studded adaptation of William Shakespeare’s A Midsummer Night’s Dream (1999). The role helped launch West’s career in America. His next project, the summer blockbuster Star Wars: Episode I - The Phantom Menace (1999), where he had a one-line role as a palace guard, propelled the actor to a wider audience. While on the small screen, West had the opportunity to beak the US market with his role as Scrooge’s nephew Fred in the TNT remake of A Christmas Carol (1999). In the meantime, the British performer found himself spending five months in the London productions of “De La Guarda.”

However, it was his memorable portrayal of Fred Casely, the victim in the ballyhooed slaughter trial of Roxie Hart, in director Rob Marshall’s acclaimed 2002 film version of the tried-and-true musical Chicago (2002) that gave the actor a major career boost. Along with his co-stars that include Catherine Zeta-Jones, Renée Zellweger, Queen Latifah and Lucy Liu, he also took home a Screen Actors Guild and a Broadcast Film Critics Association for Best Acting Ensemble. The same year, West further raised his profile on television with his role as no-nonsense Baltimore detective Jimmy McNulty on the HBO crime/drama series “The Wire,” which debuted to positive critical reviews in 2002.

Big screen roles went on coming for West. He took on the role of Julia Roberts’ love interest in director Mike Newell’s Mona Lisa Smile (2003) and starred with Julianne Moore in the paranormal thriller The Forgetten (2004). After participating in a short film Stingray (2006), the actor is scheduled to play roles in the upcoming films the drama/ thriller Hannibal Rising (2007), as an inspector, and the big-budget 300 (2007), directed by Zack Snyder and starring opposite Gerard Butler, Tom Wisdom, Lena Headey and David Wenham. 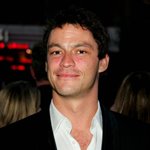 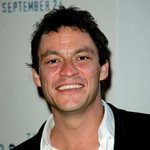 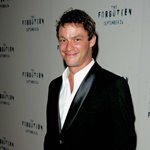 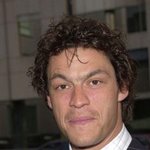