Dizzee Rascal is an English rapper, MC, songwriter and record producer with African roots in Ghana and Nigeria. His music is a blend of grime, garage, hip hop, rap, electronic and R&B. Best known for his number-one hits "Dance wiv Me," "Bonkers," "Holiday," "Dirtee Disco" & "Shout," his debut album, Boy in da Corner, won him the 2003 Mercury Prize. Follow-up albums Showtime, Maths + English and Tongue n' Cheek have all been critically acclaimed and certified gold, the last going platinum for sales exceeding 300,000 units in the United Kingdom. Dizzee Rascal once told author Ben Thompson in an interview with the Sunday's Observer magazine that “everything I do is for the music – I want to master it like Bruce Lee mastered martial arts."

His music is a mixture of UK Garage and hip-hop beats with an extremely broad palette of influences, ranging from metal guitars to drill and bass synth lines, eclectic samples and even Japanese court music. Dizzee Rascal also makes extensive use of un-coupled octuplets and double and triple couplets in his machine-gun-paced staccato lyrics. Like most grime artists, he uses "beats born of ringtones, video games and staticky pirate-radio sounds" Dizzee's tracks are traditional grime in that the beats are often asymmetrical and make it difficult to dance to his music. Dizzee's first solo album, Boy in da Corner, was released to universal critical acclaim in August 2003, entering the UK Top 40 at #40. The album would peak at #23. In the same week the album was released, while performing with Roll Deep Crew, the rapper was stabbed six times in Ayia Napa. Many tabloids suggested that this event was connected to an apparent feud between Dizzee and garage act So Solid Crew, and his pinching Lisa Maffia's buttocks. After Dizzee was hospitalized, So Solid Crew member "Megaman" – real name Dwayne Vincent – was later questioned about the incident, but was immediately released by Cypriot police. Following the success of single "I Luv U" and the album, the second single from Boy in da Corner was "Fix Up, Look Sharp." The single, released in August 2003, gave Dizzee his first UK Top 20 single and also became the biggest hit from his debut album. In September, Dizzee was awarded the prestigious Mercury Prize for the best album of 2003. He was the youngest person (at 19) to do so and the second rapper (after Ms. Dynamite the previous year). The album was also chosen as the No. 1 album of the year by Planet Sound.

Along with being picked as the No. 1 album of the year by Planet Sound, Boy in da Corner was also chosen as one of the top 50 albums of the year by Rolling Stone, joining the likes of Kanye West, Mos Def, Eminem, and Jadakiss for 2004. His unique style, as "words pour out at a high pitch and pace, as if syllables are the only thing that can hold back a scream," have given him a sound that hip hop heads can embrace as something new and original in the hip hop scene. Later in the year he collaborated with the Basement Jaxx on their third album, Kish Kash on the track "Lucky Star." The track was released as a single in November 2003 and gave Dizzee his third top 30 hit. The third and final single, taken from his debut album, was "Jus' a Rascal," which became his fourth top 30 success. The song was also featured in the film "Kidulthood," released in 2006. 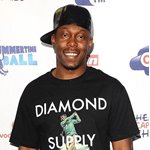 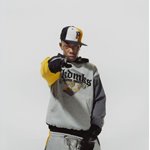 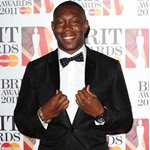 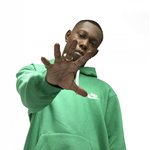 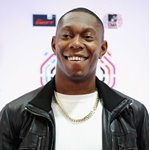 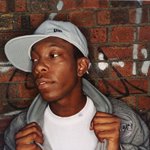 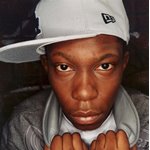 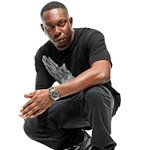 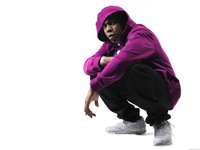 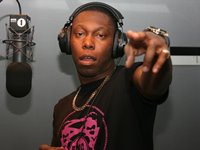