The Dixie Chicks are a popular trio of women country-and-western musicians who hail from Texas. Their public comments have increasingly made them controversial, even among their own fans.

The group began in 1989 singing on a Dallas street corner. Their music initially stayed largely within the bounds of traditional bluegrass. Their major success occurred after 1995 when they changed their line-up, hired Natalie Maines as their lead singer and broadened their musical focus. The group's sound still bears the mark of bluegrass, since they often play songs that are up-tempo and that emphasize the fiddle and the banjo.

The other members of the trio are sisters Martie Maguire, known as a virtuoso on the fiddle and the mandolin, and Emily Robison, who is a master of the banjo, the dobro, the guitar and the accordion. They are recognized as being among the best musicians in country music. The group's songs are often about freedom from a woman's point of view.

In 1998 the Dixie Chicks sold more CDs than all other country music groups combined. In the years that followed they won numerous awards, including five Grammys and the Country Music Association's Album of the Year in 2000 and their Vocal Group of the Year award in 2002. The Chicks' various albums and concert tours have met with great commercial success.

In 2001 the Dixie Chicks sued their record company, Sony, for underpayment of royalties. In the following year the suit was settled privately and a new arrangement was made which included the Dixie Chicks creating their own label, with their albums would be distributed by Sony. The Chicks later said that Sony should be praised for standing by them during their political controversies.

The Dixie Chicks are no stranger to controversy. As they came to express more of their progressive social and political views over time, they found themselves increasingly out of step with many in their country and western fan base, most of whom are culturally and politically conservative. Their 1999 song "Goodbye Earl" was a humorously rendered story about dealing with an abusive husband by literally eliminating him. That, and their lusty song "Sin Wagon", were banned from a number of country radio stations. In turn, the group's 2002 song "Long Time Gone" criticized many country stations for failing to play country classics.

In March 2003 Maines made a fateful remark in public that made news around the world. On the eve of the invasion of Iraq, many Americans were gearing up to support the impending war while many others were opposed to it. In contrast, most Europeans thought the war was ill-conceived, and assumed that all Americans were united in supporting their President's war policy. While in London, Maines commented on the approaching war and the man who was leading it: "Just so you know, we're ashamed the President of the United States is from Texas."

Many country music fans were upset, and considered this remark, its timing and its venue, to be virtually treasonous. Natalie tried apologizing for her comment but to no avail. Many country music stations banned all Dixie Chick music. Fans joined together to ceremoniously burn or crush their CDs. One conservative radio station sponsored an event where Dixie Chick CDs were by a bulldozer. Other country musicians stepped up to criticize the Chicks, notably Toby Keith and Reba McEntire. The Chicks received numerous death threats, and the front gate of Emily Robison's home was smashed in. Although the Chicks' ongoing concert tour proceeded without trouble, some music critics predicted the end of the Dixie Chicks' career.

In 2006 the Chicks began promoting their new album. By this time most Americans now had doubts about the wisdom of the Iraq War. Maines withdrew her previous public apology. The album's first single included the defiant lyrics "I'm not ready to make nice, I'm not ready to back down". There were further public exchanges between the Chicks and their critics. Despite very limited play on country radio, the new album debuted at #1 on Billboard's Country and overall Top 200 charts. Their concert was sold out in Europe, and in Toronto 20,000 tickets were sold in eight minutes. However, large venues in the American South and in the Chicks' native Texas had to be re-scheduled apparently due to lagging ticket sales in the region that was once their home base. The Dixie Chicks retain much popularity but it seems their underlying fan base has shifted.

The group can be seen in performance in the concert movie An Evening with the Dixie Chicks (2002) (TV) which is available on video. 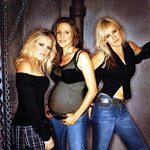 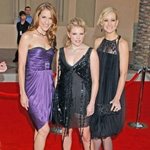 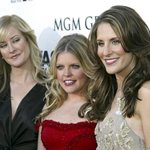 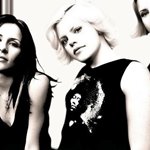 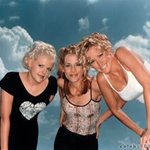 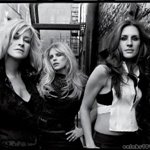 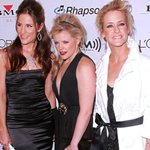 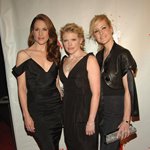