Diane Sawyer was born Lila Diana Sawyer on December 22, 1945 in Glasgow, Kentucky. Soon after her birth, her family moved to Louisville, where her father, Erbon Powers "Tom" Sawyer, rose to local prominence as a politician and community leader, and E.P. "Tom" Sawyer State Park, located in the Frey's Hill area of Louisville, is named in his honor. In 1963, she won the "America's Junior Miss" scholarship pageant as a representative from the State of Kentucky. In 1967 she received her English degree at Wellesley College in Massachusetts.

After finishing her education, Sawyer served as a local TV news reporter for WLKY-TV in Louisville, Kentucky until 1970, when she was hired by White House press secretary Ron Ziegler to serve in the administration of President Richard Nixon, staying on through his resignation in 1974, and working on the transition team between Nixon and Gerald Ford in 1975, and assisting Nixon with his memoirs. Years later, Sawyer would be suspected as the source of leaks of classified information to Bob Woodward (nicknamed "Deep Throat" by Woodward) during the Watergate scandal. However, she was one of six people to request and receive a public denial from Bob Woodward[1].

In 1978, Sawyer became a political correspondent for CBS, becoming a co-anchor with Bill Kurtis of the CBS Morning News in 1981. In 1984, she became a correspondent for 60 Minutes, where she stayed for five years. In 1989, she moved to ABC to co-anchor Primetime Live with Sam Donaldson. In 1999, Sawyer returned to morning news under a lucrative contract to become the co-anchor of Good Morning America, along with Charles Gibson. The assignment was putatively temporary, but her success in the position, measured by a close in the gap with front-runner Today Show, has resulted in her staying in the position longer than anticipated.

Sawyer has long been rumored to covet an anchor desk in an evening network news broadcast. Most recently, on May 23, 2006 it was announced that Charlie Gibson would assume the anchor chair for World News Tonight, scotching the "Sawyer WNT hosting" rumors for the time being, if not for good. Charles Gibson departed from GMA on June 28, 2006. 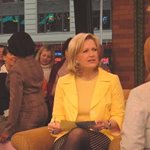 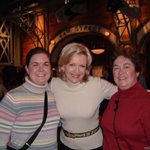 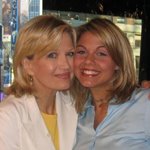 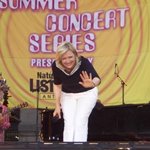 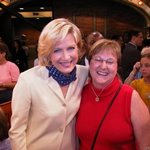