Known for her feline eyes and brash New York attitude, Queens native Debi Mazar began her show business career behind the scenes as a makeup artist for a star-studded clientele, the most lucrative of the bunch being Madonna. Attracted by her unique features, the iconic pop singer cast Mazar in the music videos for "True Blue," "Deeper and Deeper," and "Papa Don't Preach." It wasn't until 1990, however, that Mazar made her film debut as the cokehead girlfriend of Henry Hill (Ray Liotta) in Martin Scorsese's GoodFellas. After portraying a series of small but indelible characters in Oliver Stone's The Doors, Spike Lee's Jungle Fever, and Jodie Foster's Little Man Tate (all 1991), Mazar had developed a small but devoted following and a reputation solid enough to land her the tough-talking role of legal defense secretary Denise Iannello on ABC's legal drama Civil Wars (1991-1993), a role she would reprise for NBC's L.A. Law in 1994.

After taking on several more tiny supporting parts throughout the early '90s, including one which would reunite her with Jungle Fever director Spike Lee (in the Oscar-winning Malcolm X [1992]), Mazar made her debut as a lead character in Money for Nothing (1993), a blue-collar crime comedy co-starring John Cusack, with whom she would work for a second time in Woody Allen's Bullets Over Broadway (1994). After a brief performance as a manicurist in television's Witch Hunt (1994), Mazar could be found in the role of a femme fatale alongside Drew Barrymore, Jim Carrey, and Val Kilmer in Batman Forever (1995), and would portray an idealistic HIV-positive thief in Red Ribbon Blues (1995). Red Ribbon Blues wasn't the last time Mazar would delve into the complex world of sex and gender-related prejudice -- in 1996's Girl 6, Mazar co-starred as an anonymous member of a phone sex business, while Things I Never Told You found her playing a transsexual. Shortly afterward, Mazar chewed a respectable amount of scenery as one of Long Island barfly Tommy's (Steve Buscemi) potential hook-ups in 1996's Trees Lounge. The actress continued to exhibit her versatility in a series of roles during 1997, including those of a sleazy television show producer in Meet Wally Sparks, an intergalactic waitress in Space Truckers, and two decidedly more serious performances in the gay & lesbian drama Nowhere and Nick Cassavetes' romantic drama She's So Lovely.

With the notable exceptions of bleaching her trademark jet-black tresses for 1998's Frogs for Snakes with Robbie Coltrane, and her role as Debbie De Luca in Michael Mann's tobacco industry exposé The Insider (1999), Mazar spent much of the late '90s on the small screen. After the failure of CBS's sitcom Temporarily Yours (1997), Mazar played lead roles in David and Lisa (a psychological drama co-produced by Oprah Winfrey) and NBC's Witness to the Mob. Following another NBC sitcom appearance in the short-lived Working (1998), the actress starred in 2000's CBS drama That's Life as an advice-dispensing hairdresser. In 2002, Mazar played right-hand woman to multi-millionaire Clark Devlin (Jason Isaacs) in Jackie Chan's The Tuxedo, and went on to offer a poignant monologue in Ten Tiny Love Stories the same year. In 2004, Mazar took on a supporting role in the crime comedy Be Cool with John Travolta and Uma Thurman, and starred in Dennis Brooks' independent film Goodnight, Joseph Parker. ~ Tracie Cooper, All Movie Guide 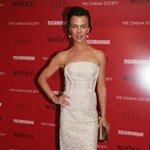 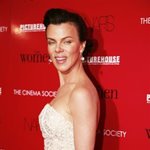 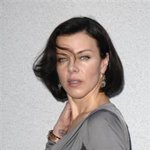 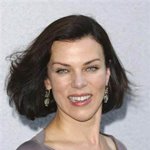 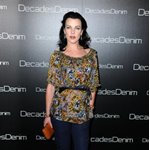 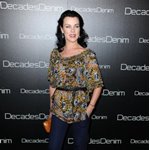 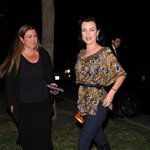 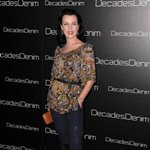