When stars are born it doesn't take long for others to recognize their shine. Davida Williams' parents saw a bubbling personality and desire in her when she was born and took on the responsibility of helping her strengthen her talents. At a young age the bright and talented little girl was not only reading and writing, she was singing, dancing and putting on live performances for her family. It was only a few years later when producers, agents, actors and critics saw Davida had what it took. Davida was a star!

Davida was only six when she started her foray into television and film by guest starring in roles on The Fresh Prince of Bel Air, StarTrek, Sister Sister, Hangin' with Mr. Cooper, Sinbad and alongside Cicely Tyson in Sweet Justice. These experiences helped shape and mold Davida's natural gift into a strong skill. Her first big screen performance was in Younger & Younger a film directed by Percy Adlon and starring Donald Sutherland. While filming the movie and guest starring on popular TV shows 6-year-old Davida also taped over 30 national commercials and maintained her position on her school's honor roll.

Davida's credits and guests appearances outnumbered her age. She amazed producers and co-stars with her ability to quickly memorize lines and delve deeply into her roles. Film, tv and stage impresario Al Freeman Jr (Malcom X) cast 9-year-old Davida as "Raynell" in a stage production of Fences. Davida received critical acclaim for her portrayal of "Raynell" amidst the cast of veteran actors that she worked with. Nickelodeon cast Davida in Cry Baby Lane after a New York City wide search for a 12-year-old actress that could sign (sign language). During that time Davida also appeared as the face of "Gallerie" on all of the books in the Cheetah Girls book series and was called on by HBO to do voice overs for their children's animated series Happily Ever After. She was nominated for "Best Actress Under 10 on a television series or show" by www.goldderby.com, for all her hard work and success at such a young age.

Davida's glowing aura is comprised of her alluring, natural beauty and positive, humble attitude which was recognized by the late make-up artist Kevyn Aucoin when he conducted a nationwide search for "The Most Beautiful Teen- Inside and Out" for his book Face Forward. At the age of 13 Davida was selected and out of many hopeful teens. She was the youngest entry in his last book joined by over 100 famous faces including Diana Ross, Madonna, Sharon Stone, Christina Ricci, Monica, Lucy Liu, and Mary J. Blige.

Davida began her recording career by adding backgrounds to an Aaron Carter CD project. It was then that she realized that she loved to sing and practiced and perfected her musical skill. Her practice and persistence paid off! In 1994 the king of pop, Michael Jackson, asked Davida to perform on his "Dangerous Tour" in Hawaii. It was his first show in the U.S. after several years and Davida was there on stage with him. Though her desire to sing was strong, she could not turn down the steady stream of offers that unfolded before her.

Davida was chosen for the coveted role of "Claire," Hillary Duff's nemesis, on the Disney/ABC television show Lizzie McGuire. She was the only black girl on Lizzie McGuire which is Disney's most successful show to date. Disney requested to have Davida appear in the Lizzie McGuire movie yet Davida was taping a video with her Interscope recording group TG4 and was on the road opening for Bow Wow and B2K. Davida had great experiences and thrived at all of the groups performances but walked away from the girl group after finding that it was not the right fit for her at the time.

In the midst of her acting and singing career Davida never neglected her schoolwork. She graduated from Louisville High School (for girls) at the age of 15, was in the top 1% of high school students in the US and was inducted into Who's Who in America's High School Students. She is now a freshman at Mount Saint Mary's College in Brentwood California where she received the prestigious President's award in academics.

Some of Davida's recurring television credits include CBS's The Young and the Restless and WB's series Do Over. She has also co-starred on comedian Tracy Morgan's sitcom The Tracy Morgan Show on NBC. Davida reconnected with Hilary Duff in her new role in Raise your Voice, released October 2004. The film is about a girl from a small town (Hilary Duff) who heads to the big city of Los Angeles to spend the summer at a performing arts high school. Davida plays Hilary's best friend. Most recently she portrays Eliza on Foxs', "Quintuplets."

Her hard work, tenacity, beauty and determination are what make Davida a seasoned veteran at the age of 18. She is recognized by many of the best in the industry as a rising superstar and has only just begun. She has effortlessly maintained her acting and musical careers; now take a ride with this solo star as she steals the shine from the brightest in the universe. 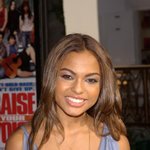 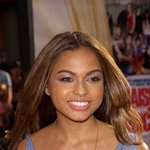 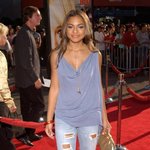 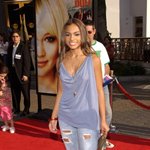 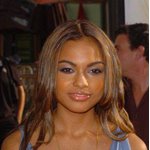 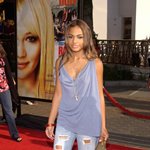