David Hemmings, one of the great English cinema icons of the 1960s, was born in Guildford, Surrey, on November 18, 1941, to a cookie merchant and his wife. He was educated at Glyn College, Epsom, but while still a child, Hemmings made his first forays into the world of entertainment. An accomplished singer, he toured as a boy soprano with the English Opera Group, famed for his performances of the works of Benjamin Britten. Britten, who befriended the youngster, wrote some roles specifically for Hemmings, including that of Miles in "The Turn of the Screw". Hemmings subsequently took up painting after his career as a soprano was ended by his transit through puberty. He studied painting at the Epsom School of Art, where he staged the first exhibition of his work at the school when he was 15 years old.

Hemmings made his film debut in 1954, with The Rainbow Jacket (1954) for Ealing Studios. He also had bit part in Otto Preminger's 1957 version of Saint Joan (1957). In his 20s, he returned to singing, appearing at nightclubs before concentrating on the stage and the cinema. As the youth culture hit Britain in the late 50s (the Notting Hill race riots of August 1958 limned in Julien Temple's 1986 film "Absolute Beginners" being a kind of bookmark signaling its arrival), Hemmings was in the right place at the right time to capitalize on his skills and looks. Boyish-looking, with large, protuberant blue eyes covered with heavy lids, his face was at once startling and decadent while simultaneously conveying an air of fragility. He starred in pop music movies Live It Up! (1963) and Be My Guest (1965), as well as co-starring in one of Michael Winner's first films, "The System" (1964), with Oliver Reed.

The 24-year-old Hemmings desperately wanted what would become his career-defining role, as the morally jaded fashion photographer Thomas in master-director Michelangelo Antonioni's Blowup (1966). He was up against the crème of British actors, including Terence Stamp, who already had an Oscar nomination under his belt and was conventionally handsome.

Hemmings thought he had blown his audition as Antonioni shook his head constantly throughout his audition. However, he later found out the great director had a mild form of Tourette's which caused him to move his head from side to side.

The role made him a star and, for a while, a darling of the pop culture filmmaking that was expected to revolutionize the English-speaking cinema in the 1960s, after the 1964 Best Picture Oscar-win of Tony Richardson's Tom Jones (1963). He was cast as Mordred in the big-screen adaptation of Lerner & Lowe's musical Camelot (1967) with Richard Harris and Hemmings Blowup (1966) co-star Vanessa Redgrave to critically panned results. The same year that "Camelot" was released (1967), he put out a pop single ("Back Street Mirror") and an album, "David Hemmings Happens", recorded in Los Angeles. His album was produced by Jim Dickinson, the early producer of The Byrds, and featured instrumental backing by several members of group. It was re-released on CD in 2005.

In 1968, he appeared as Dildano opposite Jane Fonda (in her incarnation as a sexpot) in Roger Vadim's kitsch klassic Barbarella (1968).

However, to reduce stereotyping and his identification with pop culture filmmaking, he took on the role of the anti-hero Captain Nolan in Tony Richardson's masterful satire The Charge of the Light Brigade (1968) and later, the eponymous role in Alfred the Great (1969). While both films were imbued with the counter-cultural attitudes of their times, the roles themselves were rather straightforward. Hemmings had reached the summit of his career as an actor. These were the heights he never reached again.

As the quality of his roles declined, Hemmings turned more to directing. He had directed his first film in 1972, helming the thriller Running Scared (1972) which starred Gayle Hunnicutt, his wife from 1968 to 1974. Hemmings also co-wrote the script. In the 1970s, he had relocated to Malibu, California to live with Hunnicutt, and the fabled beach community which was his home for the next generation. In 1975, he starred as Bertie Wooster in the Andrew Lloyd Webber musical, "Jeeves", one of Lord Webber's few flops.

Hemmings formed the independent production company Hemdale Corp. with his business partner, John Daly, in the early 1970s as a tax shelter. He was able to use Hemdale and his role as a producer to vivify his directing career. In 1979, Hemmings the director first attracted major attention with Schöner Gigolo, armer Gigolo (1979), but the film was a flop in spite of its interesting cast. After directing the 1981 adventure film Race for the Yankee Zephyr (1981) and an adaptation of James Herbert's novel "The Survivor", he focused on TV directing. He soon became one of the top directors of American action TV programs, including "The A-Team" (1983), Airwolf (1984) (TV), "Magnum, P.I." (1980) and "Quantum Leap" (1989).

However, in the nineties he abandoned directing, and returned to live in the UK. The role of Cassius in Gladiator (2000) heralded his full-time return to acting. He was also memorable in a small role in Martin Scorsese's Gangs of New York (2002). But it was his last major role, in the cinema adaption of Graham Swift's Last Orders (2001), that showed Hemmings at the top of his talent. Unrecognizable from the boy-man of 1966-70, he was memorable as the ex-boxer who ruefully remembers the past with his remaining buddies as they travel to throw the ashes of a departed friend into the sea. That two of the other major roles were filled by Michael Caine and Tom Courtenay, two other British actors whose careers first flourished in the 1960s, added to the poignancy of this tale of men trying to recapture lost time. He also appeared, less memorably, in The League of Extraordinary Gentlemen (2003) opposite the ultimate 60s male British cinema icon, Sean Connery.

David Hemmings died of a heart attack on December 3, 2003, in Bucharest, Romania, on the set of Blessed (2004), after playing his scenes for the day. He was 62 years old. His autobiography, "Blow Up... and Other Exaggerations" was published in 2004. 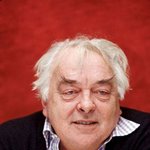 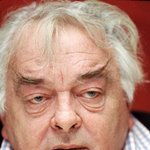 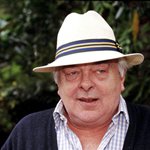 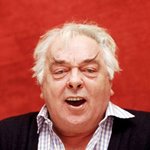 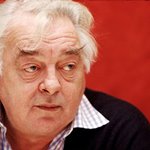 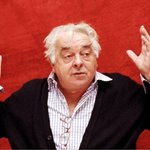 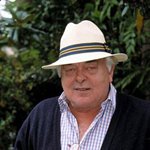