Cross began his professional television career as a writer on The Ben Stiller Show. The short-lived Fox Network series hired him toward the end of its run, and he occasionally made brief appearances in the sketches. He had a speaking role in "The Legend of T.J. O'Pootertoot", a sketch written almost entirely by Cross. It was during this period that he first met Bob Odenkirk, with whom he would later co-create the HBO sketch comedy series Mr. Show in 1995.

Cross later co-starred as Tobias Fünke in Arrested Development, which was originally intended to be only a minor role. He has also played smaller roles on programs such as Just Shoot Me!, The Drew Carey Show, NewsRadio, Strangers with Candy, and Aqua Teen Hunger Force. Since October 2005, Cross has appeared on Comedy Central's The Colbert Report as Stephen Colbert's archnemesis, a fictional liberal radio talk show host from Madison, Wisconsin named "Russ Lieber". Cross also developed an animated series for Comedy Central called Freak Show, which costarred H. Jon Benjamin, and was canceled due to low ratings. He has appeared several times on the MTV2 series Wonder Showzen.

Cross teamed up with Odenkirk to produce a feature film, based on one of their Mr. Show characters, called Run Ronnie Run. The film satirized the reality television craze, and featured cameos from many stars. However, Cross and Odenkirk came into creative conflict with the director, Troy Miller, and after nearly two years of production, New Line Cinema sent it straight to DVD. In 1994 and again in 1999, Cross was a guest voice actor on Joe Frank's radio show, featured in the episodes "The Last Run", "A Hearing", "The O.J. Chronicles", and "Jam".

Cross continues to perform stand-up. His material blends left-wing political commentary and satire, and is reminiscent of the work of other intellectual comics, such as Bill Hicks and Lenny Bruce. In 1999, he was given his own one-hour comedy special on HBO, entitled The Pride Is Back. He has released two recordings, Shut Up You Fucking Baby! and It's Not Funny. In 2004, Shut Up, You Fucking Baby! was nominated for the Grammy Award for Best Comedy Album. In 2003, he released his first tour film, Let America Laugh, and was named #85 on Comedy Central's list of the 100 greatest stand-ups of all time.

In 2004, Cross provided voices for a Marine in the Xbox game Halo 2, and a store clerk named Zero in Grand Theft Auto: San Andreas. He also was the voice of the violent, alcoholic "Happy-Time Harry" doll in Aqua Teen Hunger Force (although the part was credited as Sir Willups Brightslymoore). He directed the music video for The Black Keys' song "10am Automatic", a spoof of public-access television.

In April 2005, Cross criticized stand-up comedian Larry the Cable Guy in a Rolling Stone interview, saying, "It's a lot of anti-gay, racist humor — which people like in America — all couched in 'I'm telling it like it is.' He's in the right place at the right time for that gee-shucks, proud-to-be-a-redneck, I'm-just-a-straight-shooter-multimillionaire-in-cutoff-flannel-selling-ring-tones act. That's where we are as a nation now. We're in a state of vague American values and anti-intellectual pride." In response, Larry devoted a chapter in his book GIT-R-DONE to Cross and the "P.C. left", claiming that Cross had "screwed with my fans, it was time for me to say something". Cross responded with An Open Letter to Larry the Cable Guy posted on his website.[3] He continued to mock Larry in his stand-up, satirizing Blue Collar TV during a guest appearance on Wonder Showzen. In December 2005, he ended his performance on Comedy Central's Last Laugh '05 by mockingly yelling "GIT-R-DONE!" (Larry the Cable Guy's catch phrase) to the audience as he left the stage. He pokes fun at Larry's comedy in Freak Show with a character called "Danny the Plumber Guy".

In 2005, he contributed to the UNICEF benefit song "Do They Know It's Hallowe'en?". In October 2005, he was sued by Nashville club owner Thomas Weber, who accused Cross of taping him without permission for Let America Laugh in violation of Weber's privacy rights. Weber established a website called werenotlaughing.com. In April 2006, the case against Cross himself was dismissed, leaving Weber to face Warner Music, Subpop Records, WEA Corporation, and the Alternative Distribution Alliance.

In the Beastie Boys' 2006 concert film Awesome; I Fuckin' Shot That!, Cross played the character Nathaniel Hörnblowér in the fictional segment "A Day in the Life of Nathaniel Hörnblowér". In the Bob Dylan film I'm Not There, Cross plays the role of Allen Ginsberg. Scrubs creator Bill Lawrence has stated that Cross may appear in the show as his Arrested Development character Tobias Funke in the seventh and final season.

Cross will provide commentary on the upcoming Vicarious music video DVD for the band Tool. He has previously performed comedy as an opening act for the band, and its members appeared on Mr. Show several times. 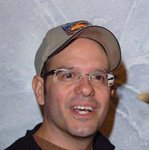 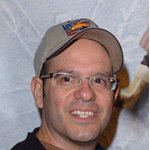 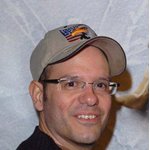