“We just enjoy ourselves and I think the tightness comes from just knowing each other. No two takes in the studio ever sound the same either, when we’re in there, so it’s sort of the same thing. No two nights repeat themselves too much.” Dave Matthews on the Dave Matthews Band (DMB)

DMB (Dave Matthews Band’s famous acronym) made their major label debut with Under the Table & Dreaming (1994) and scored immediate success thanks to the hit single “What Would You Say.” Besides going multi-platinum, the album also brought in a Grammy nomination for the group. It was then followed by a second multi-platinum album Crash (1996), which arrived at No. 2 on the Billboard 200 chart. It set off the Grammy-winning single “So Much to Say” and the hit track “Crash Into Me.”

DMB, who officially announced their battle against bootlegging, launched the best-selling live album Live at Red Rocks 8-15-95 (1997) and soon saw it certified platinum. The group’s second concert album, Listeners Supported, was released a year later. Also in 1998, DMB issued the studio album Before These Crowded Streets. Debuting at No.1 on the Billboard 200 chart, DMB’s third major recording also earned a second Grammy nomination.

In 1999, Matthews teamed up with longtime friend Tim Reynolds and performed in a show. The collaboration was recorded in Live at Luther College: An Acoustic Performance by Dave Matthews and Tim Reynolds (1999). He also became a frequent guest in several Rolling Stone concerts in the late 1990s and a co-founder of ATO Records (with DMB manager Coran Capshaw, in 2000).

Rejoining his band, Matthews worked on the Glen Ballard-produced album Everyday (2001), spawning “I Did It” and “The Space Between.” Later, the band’s single “Where Are You Going,” from the album Busted Stuff (2002), won an ASCAP award for Most Performed Song from a Motion Picture after being featured in the Adam Sandler-starring romantic comedy Mr. Deeds (2002).

Meanwhile, after performing “Sing Along” for Blue Man Group’s album The Complex (2003), Matthews launched his solo career with the album Some Devil (2003). In addition to receiving platinum status for his album’s sales, the singer also won a Grammy for Best Male Rock Performance for Some Devil’s single “Gravedigger.” Still in 2003, Matthews attempted acting with a role as Will Coleman in the drama movie Where the Red Fern Grows, screened at the 2003 Tribeca Film Festival.

2004 saw Matthews and his band members join Bruce Springsteen’s “Vote for Change” tour and release the concert album series Live Trax, as well as work on a new album called Stand Up. Released in May 2005, Stand Up enjoyed heavy rotation for its first single “American Baby.”

In 2005, Matthews had a second acting experience in the adaptation of the novel by Kate DiCamillo titled Because of Winn-Dixie, where he portrayed a man named Otis. He is now filming the drama Lake City, scheduled for release in 2007. Other cast members of the movie include Sissy Spacek, Colin Ford, Rebecca Romijn and Troy Garity. 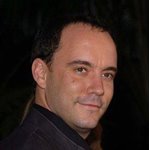 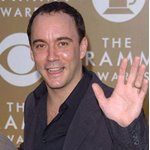 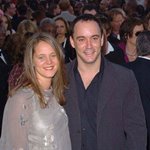 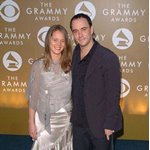 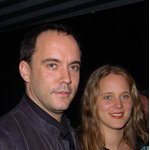