Darris Love (born April 26, 1980) is an American actor, most notable for his role as Raymond 'Ray' Alvarado in Nickelodeon's The Secret World of Alex Mack. Since the show's ending in 1998, he has made appearances in episodes of numerous American television shows, including Buffy the Vampire Slayer, ER, and Without a Trace, and in the Monica music video "All Eyez On Me". 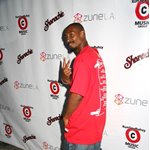 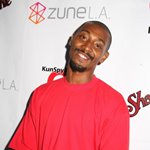