As a teenager, Daphne Zuniga began performing with The New Woolhouse Players, Woodstock, Vermont before moving back to California to attend a three-year theater program at UCLA. She soon had her first taste in front of the movie camera with the teen slasher flick The Dorm That Dripped Blood (1982), opposite Laura Lapinski, Stephen Sachs, David Snow and Pamela Holland. A supporting part as the sister of Helen Hunter in the television film Quarterback Princess (1983) and a two episodic role in the NBC series “Family Ties” (1984) followed before she made a sophomore effort in another teen horror, The Initiation (1984), costarring Vera Miles.

Zuniga’s career started to gain momentum in 1985. She was cast opposite Matthew Modine in the coming of age drama Vision Quest and then starred as a compassionate social worker who becomes involved with an aged destitute woman (Lucille Ball) in the CBS film The Stone Pillow. Her breakout role arrived with Rob Reiner’s critically acclaimed romantic comedy The Sure Thing, portraying a prissy college student on a road trip with free spirited John Cusack.

After a performance with Virginia Madsen in Modern Girls (1986), the actress snagged the role of Princess Vespa in the director-actor Mel Brooks comedy Spaceballs (1987), a spoof of popular Sci-Fi movies. Though, the film was negatively responded by critics, it categorized as one of Zuniga’s most recognizable roles. She ended up the decade by making three films, including The Fly II, with Eric Stoltz, and the medical drama Gross Anatomy, playing a medical student and girlfriend of Matthew Modine.

Zuniga’s big breakthrough arrived in 1992 when she landed the regular role of tomboy photographer Jo Reynolds on the popular primetime soap “Melrose Place.” Impressively bringing a level of skill and professionalism to her role as a permanent victim, Zuniga became a household name. She departed the series in 1996 to find saner scripts.

After leaving “Melrose Place,” Zuniga took a self-imposed partial break. She went on to perform, but with less frequency. She teamed up with Richard Dean Anderson for the unremarkable medical thriller Pandora’s Clock (NBC, 1996), starred in the drama-romance Naked in the Cold Sun (1997) and portrayed Shirley-Greta in Stand-ins (1997). She also made some guest starring performance, including playing Carrie in two episodes of “Spin City” (1997-1998).

In the new millennium, Zuniga continued to play roles in films Artificial Lies (2000), Enemies of Laughter (2000) and Ghost Dog: A Detective Tail (2003, TV), but did not return to primetime show until 2004. She joined the cast of the NBC drama/music series “American Dreams” in the recurring role of Shelly Pierce, the Pryors’ new neighbor and the mother of a disobedient teen from 2004 to 2005. Zuniga then got an even bigger role, making her permanent comeback to primetime with the hit ABC family drama “Beautiful People” (2005-2006). Here, she portrays Lynn Kerr, a mother of two teen girls who moves from New Mexico to New York City with her daughters after her husband deserted the family.

Recently starring as Deborah Matthews in the thriller made-for-TV film The Obsession (2006), the 44-year-old Californian beauty will soon be seen as Jill in the family television film Christmas Every Day (2006), starring with Jay Mohr. 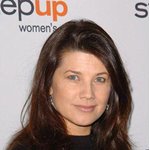 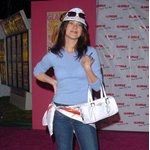 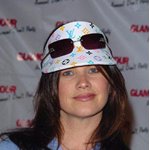 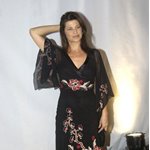 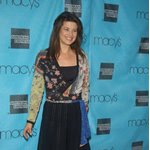 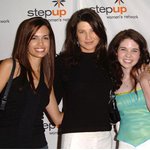 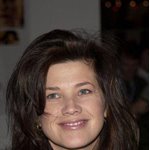 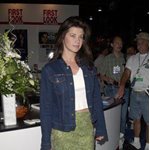