Growing up in New Zealand, Canadian-born actor Daniel Gillies began his career on the island where he ultimately became a semi-renowned actor, most memorably for playing Tim O’Connor on a local hit drama named “Street Legal” for 2000 to 2002. After deliberate achievement in New Zealand, he relocated to neighboring Aussie to pursue a film career, but was met with failure. Later on, he moved back to Canada, where he landed a small part in the movie Various Positions (2002), a coming-of-age drama about a law student from an Orthodox Jewish family who falls in love with a non-Jewish girl.

Before the appearance, Gillies appeared as Dirk Mettcalfe in the psychology thriller film No One Can Hear You (2001), starring Kelly McGillis, and appeared as a guest star in television series “Mentors” (2002), as King Arthur, and the Showtime sci-fi series “Jeremiah” (2002), which starred Luke Perry and Malcolm-Jamal Warner, portraying Simon. Also in 2002, he made his television film acting debut in Snow Queen (2002), which starred Bridget Fonda and directed by David Wu. After Canada, Gillies made his way to Los Angeles to further launch his career.

A struggling actor, Gillies did not create an enormous success until 2004, when he was cast as John Jameson, the love interest to Kirsten Dunst’s Mary Jane Watson and natural foe to Tobey Maguire’s web-slinging Peter Parker, in the extremely victorious sequel Spider-Man 2. The blockbuster film effectively put the young actor on the spotlight. He further gained attention that same year for his marriage to actress Rachael Leigh Cook.

Soon after Spider-Man 2, Gillies found himself acting in the Gurinder Chadha-directed Bride and Prejudice (2004), a musical adaptation of the Jane Austen novel starring Bollywood star Aishwarya star and Martin Handerson, and in the horror thriller Trespassing (2004), opposite Estella Warren, Jeff Galpin, Maryam d’Abo and Ashley Scott. The next year, he appeared along side his wife in the miniseries “Into the West,” tales from the American West in the 19th century.

Now a recognized commodity, Gillies is set to play various roles in four upcoming films. First, he will rejoin wife Rachael for the short/drama Matters of Life and Death (2006), about three siblings resist to preserve control of their lives after the sudden death of their parents thrusts them into a hesitant world of adulthood, and then costar with David Strathairn and Ian Somerhalder in the off-beat drama The Sensation of Sight (2006). He continues to star in the thriller feature Captivity (2006), opposite Elisha Cuthbert, and is rumored to reprise his role John Jameson for the third installment Spider-Man 3, for 2007 release. 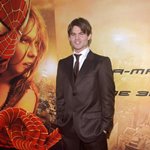 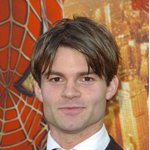 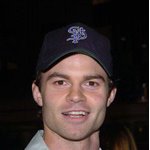 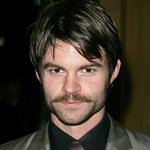 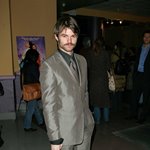 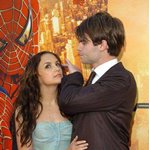