Born in Sydney, Australia, Icame into the world with a bang and it was quite clear from a young age that I wanted to be in the spotlight. As a child I was offered advert and TV work, which I refused to do in case I "got stuck in the television", or so I told my amused parents!

I'm certainly not that shy girl anymore, and I'm now quite happy to appear on the small screen. I am extremely well known as a London party girl and if you walk into an exclusive London club you’re sure to see me swinging from a chandelier most probably in my underwear!

At 20, after studying fashion for 4 years at college, I decided to turn my hand to modelling and TV presenting. I entered the Miss British Isles competition and even though I came second, the work started rolling in. This included modelling work in The Daily Star and Sport. To date I have appeared in lads mags such as Maxim, Loaded, FHM, Nuts, Zoo, Fast Car and Max Power. As well as these, I have appeared in mainstream publications such as Heat, OK, New magazine, Love It and Take 5.

I am now a firm favourite with the Daily Sport, whether this is in a page 3 context or pictures of my wild antics. I also present my own aerobics show called "Babe Aerobics" on Sky, and I recently appeared in the movie "I Want Candy" which has just been released in UK cinemas. Other TV work includes BBC’s Test the Nation, The Wright Stuff, Gordon Ramsay’s The F-Word and Ruddy Hell It's Harry and Paul. 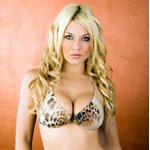 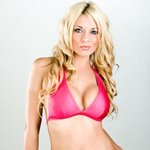 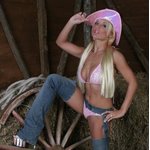 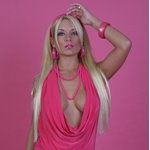 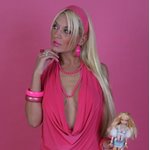 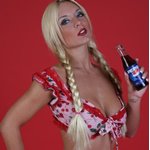 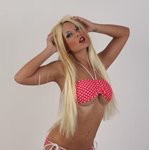 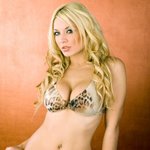