Cybill Shepherd, former beauty queen and model, rebounded from a disastrous early career in motion pictures to become a highly respected television performer. Born on February 18, 1950 in Memphis, Tennessee, Shepherd won the 1966 Miss Teenage Memphis contest. Turning to modeling, Shepherd at 5' 8" and 140 lbs. was more full-figured than Twiggy and her clones who were popular in the late 1960s, and she quickly became a success, being named the 1968 Model of the Year.

Shepherd's debut in The Last Picture Show (1971) was memorable, as was her next film, Neil Simon's The Heartbreak Kid (1972) on which director Elaine May encouraged her to improvise. Shepherd, still only 22-years old, might have flourished under the old studio system if she had been brought along gently, up through the ranks. But she had fallen in love with her "Picture Show" director, Peter Bogdanovich, and he had other plans for her. Blinded by love, he thought the tyro actress had the makings of a star.

Bogdanovich cast her as the eponymous heroine in his disappointing adaptation of Henry Miller's novella Daisy Miller (1974), a role beyond her talents at that point. She was excoriated by the critics and the movie was soundly drubbed by industry insiders as a folly. After seeing the film, Oscar-winning director William Friedkin terminated his involvement with The Director's Co., a production company that he, Bogdanovich and Coppola had been signed to by Paramount, as he was appalled by Bogdanovich's casting of his inexperienced girlfriend in the lead. Thus, Friedkin was no longer associated with Bogdanovich when he and Shepherd were humiliated by the resounding failure of his next vanity project, At Long Last Love (1975), a laughably bad musical featuring the songs of Cole Porter.

Though Shepherd had taken singing lessons since the age of sixteen with the coach of the Metropolitan Opera Chorus, neither Shepherd nor her co-star Burt Reynolds did justice to the Porter songs. This was despite the fact that Shepherd had earlier recorded an album of Porter songs produced by Bogdanovich. Bogdanovich had made the disastrous decision to record the music live as he filmed rather than to let his performers lip-synch to playback, which had been the industry standard for over 40 years. He also would not allow over-dubs, with the result that the presentation of the music, the heart of any "musical," suffered, and suffered badly.

Except for Roger Ebert, who had recently become the first movie critic to win a Pulitzer Prize, the reviews were unanimously bad, and not just 'bad' but 'worse-film-in-many-years' bad. Enchanted by Cybill's beauty and her vivacious personality, Ebert had praised her, but Shepherd's joy was to prove short-lived as most critics over-reacted and heaped withering damnation on her performance and her person. One critic went so far to say that she had all the personality of a hamster. Shepherd and Bogdanovich thereafter referred to the film as 'The Debacle.'

Peter Biskind, in his chronicle of Hollywood in the 1970s "Easy Riders and Raging Bulls," quotes Hollywood players to the effect that Paramount production chief Frank Yablans gave the go-ahead to Bogdanovich's use of Shepherd in _Daisy Miller_ in order to break up the Directors Co., a deal personally negotiated by Gulf + Western chief Charles Bludhorn that he was dead-set against.

The backlash against Shepherd was devastating. Under the spell of the man she openly acknowledged was her Svengali, Shepherd became the most hated woman in Hollywood as the relationship with the man she loved became a joke in the industry. When Bogdanovich tried to refocus his career by turning to his winning formula of Ryan O'Neal and Tatum O'Neal and the past that had worked with the smash hit Paper Moon (1973), he was specifically barred from using Shepherd by the studio. A film about the early days of Hollywood, Nickelodeon (1976) failed despite the presence of Top Ten box office star Burt Reynolds. With three flops in a row, the once hot Bogdanovich was now a has-been.

Shepherd was cast by Martin Scorsese in Taxi Driver (1976) and did quite well in the small role of the campaign worker dated by Robert De Niro. It was the type of role she should have been playing as she earned her bones in the industry. However, she was not immune from criticism. Taxi Driver (1976) producer Julia Phillips had wanted to cast Farrah Fawcett in the role and she despised Shepherd, whom she believed that Scorcese wanted due to her high-WASP good looks and curvaceous figure. She claims in her book "You'll Never Eat Lunch in This Town Again" that Scorcese had to feed Shepherd line readings and that star Robert De Niro grew to hate her due to her incompetent acting, but on-screen, her performance worked and she had her first success in four years.

She began an affair with fellow Memphis-dweller Elvis Presley, whose songs she used to sing along to on the radio as a young girl. The affair strained her relationship with a jealous Bogdanovich, as did his refusal to have children, as she wanted to start a family. Bravely, she soldiered on.

Shepherd had been positioned as a star by her Svengali, and she took leading roles in a string of flops that culminated in a disastrous turn in The Lady Vanishes (1979), a remake of the Hitchcock classic. Coming after the debacles of _Daisy Miller_ and At Long Last Love (1975) it effectively ended her career in the short-term. It was during this time that her long-term love affair with Bogdanovich ended and she went back to Memphis, where she married and had a child.

Shepherd did not appear again for four years, with a leading role the TV series "The Yellow Rose" (1983) Though the series was short-lived, the smaller medium was kinder to her. She next took the lead in the tongue-in-cheek detective series "Moonlighting" (1985), and she began to thrive as an actress. She won an Emmy nomination for Outstanding Lead Actress in a Drama Series. But she had to share the spotlight with superstar-in-the-making Bruce Willis, her "Moonlighting" (1985) co-star, whom she detested.

After a so-so return to films, including Texasville (1990) her former lover's under-whelming sequel to "The Last Picture Show," she returned to the box with Memphis (1992) (TV), a TV-movie she executive-produced and co-wrote with 'Larry McMurtry' (q). (McMurtry, author and screenwriter of "The Last Picture Show," had dedicated his Pulitzer Prize-wining novel "Lonesome Dove" to her.) Soon, she achieved her most sustained singular success as a comedienne in the situation comedy "Cybill" (1995), for which she was three times nominated for an Emmy as Outstanding Lead Actress in a Comedy Series. She had arrived.

Cybill has continued to thrive in the fourth decade of her acting career, appearing in TV movies such as Martha, Inc.: The Story of Martha Stewart (2003) (TV), and touring with a musical act based on her well-received autobiography "Cybill Disobedience." Her recovery from the depths of a shattered career after an auspicious start is remarkable and unique in the industry and gives lie to F. Scott Fitzgerald's dictum that "There are no second acts in American lives." 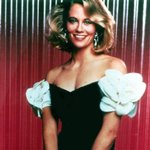 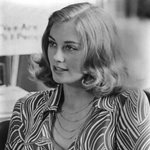 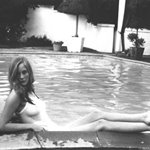 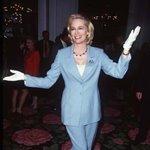 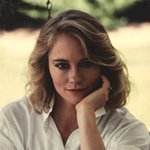 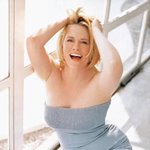 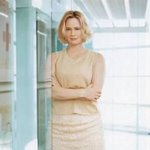 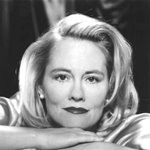