Scabbia grew up listening to music with her family, which included two brothers and a sister. Though her siblings' musical preference differed from Scabbia's, her first influences were from bands such as Genesis, Led Zeppelin, AC/DC, and traditional Italian music. She began to take interest in metal music in her 20s as well as 1980s music, which also included dance music.[2] Scabbia has said it is difficult categorize what influenced her as a musician and she feels that any type of music has had an influence on her.

Scabbia first began using her vocal abilities to back up Lacuna Coil's then lead singer Andrea Ferro. The last member to join the current line up, she was friends with the members previous to joining. When Lacuna Coil recognized her interest to sing in the group, they planned to record a demo with Scabbia that would be sent to record labels to get the group a record deal. Scabbia was initially asked to sing parts of the choruses, but the band liked the sound duality of the male/female vocals and asked her to be a permanent member.

Soon after recording the demo, they were signed on the international label Century Media. Originally signing with the Century Media branch located in Germany, Lacuna Coil joined up with the American branch of the label. Even before the first album's release in 1997, they began to tour.

She made a duet with the important Italian songwriter Franco Battiato in the song "I'm that" (2004) and she sang with him in a concert in Milan in 2005 (the concert can be watched on the DVD "Un soffio al cuore di natura elettrica"). Also she can be heard on the single "Can you hear me" of the Italian rock band Rezophonic. In 2006 Scabbia and all her bandmates appeared, with many Italian bands, in Rezophonic's videoclips "L'uomo di plastica" and "Spasimo".

She appeared on a remake of A Tout Le Monde on the Megadeth album United Abominations. The song is a duet with Dave Mustaine and was to be the album's first single[3] but was later replaced with Washington Is Next!.

She will appear on the upcoming Apocalyptica album.[4] 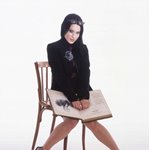 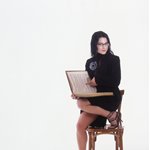 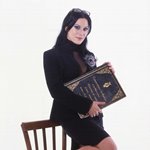 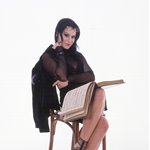 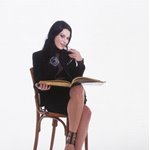 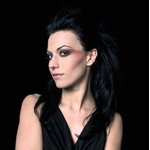 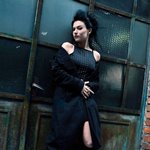 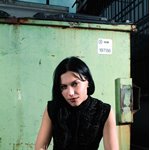 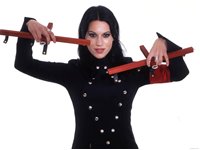 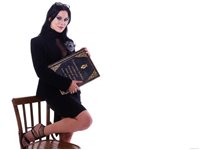 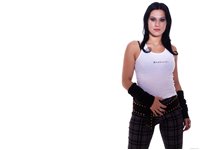 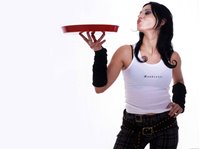 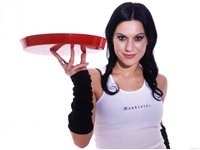 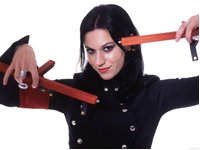 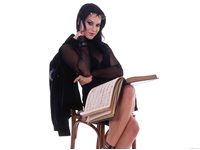 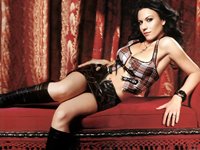 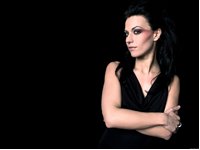