While studying at the Boston Conservatory, Constantine Maroulis sang in the cast recording of the rock musical “Suburban Dreams” (2000) and carried out the role of Judas and Jesus in the staging of “Jesus Christ Superstar” (2000). Working on his vocal and theatrical skills, Maroulis won the title role in the off-Broadway musical “Hedwig and the Angry Inch” (2001), at the Seacoast Repertory Theater in Portsmouth, New Hampshire.

“I did it one summer in New Hampshire. The opportunity to be in sort of a one-man show really helped me to find that breakthrough as an actor. I had a teacher at Boston Conservatory, Steve McConnell, who always said, ‘You’ll know when it happens; you’ll know when you get there.’ Hedwig is a challenging acting piece, as well as being vocally demanding.” Constantine Maroulis on his role in “Hedwig and the Angry Inch” (2001)

After playing Malcolm in a production of “MacBeth” (2002), the performer attempted the screen world with the role of the detective’s assistant in the direct-to-video indie thriller The Strangler’s Wife (2002), as well as an extra role in an episode of “Law and Order: Special Victims Unit.” Maroulis, who also became a director’s apprentice at the Williamstown Theatre Festival, then joined the Broadway international touring company of “Rent” (2003) to play the lead role of Roger Davis.

Almost at the same time, Maroulis was enlisted as the vocalist of the hard rock band Pray for the Soul of Betty, which released a self-titled album in 2004 with Baby Julius/Koch Records. However, he temporarily left the band to audition for the 2005 season of “American Idol.” Although receiving mixed reviews, Maroulis eventually arrived at the final rounds and gained applause primarily for his performance of “My Funny Valentine” and Queen’s “Bohemian Rhapsody.” The first rendition was then included in the compilation CD American Idol Season 4: The Showstoppers (2005) and the latter one became the first single in the tribute album Killer Queen: A Tribute to Queen (2005).

Singing Nickelback’s “How You Remind Me,” Maroulis was finally voted off the competition on April 27, 2005. The sixth-place Idol finalist then returned to his band while going on tour with 10 other American Idol finalists. He also had some solo performances in Manila (Philippines), Orlando (Florida), as well as Atlantic City and Sayerville (New Jersey). Making his entrance in Broadway, Maroulis recently joined the cast of “The Wedding Singer” (2006), as Sammy.

In March 2006, Maroulis officially disbanded Pray for the Soul of Betty and formed a new band with Jim Boggia, Clancy, Marc Copely, Daniel Mintseris and Winston Roye. The group’s debut album will be announced in late 2006. The singer is also set to perform at the Greek Food Festival in Dallas on September 30 through October 1, 2006.

On stage, the actor will take part in the benefit performance “A Night in Gotham” for the Gotham Stage Company on October 9, 2006. Maroulis, who once appeared in the reality series “elimiDATE,” will star in an untitled comedy drama series written by Caryn Lucas. 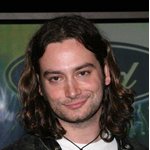 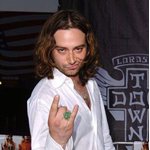 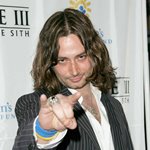 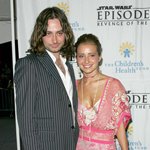 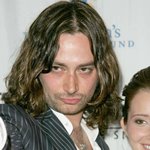 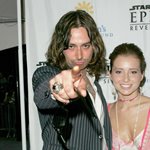 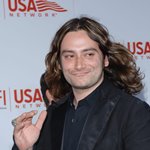