Son of two-time Oscar winner Tom Hanks, Colin Hanks had an early acting exposure by starring in a number of student movies and participating in dozens of stage productions during his school years. His theatrical performance later led to professional works in stage productions of “Noises Off” and “One Flew Over the Cuckoo’s Nest.” Colin got his first taste of working on a big screen movie when he was recruited as a production assistant for 1995’s Apollo 13, which starred his father and helmed by Ron Howard. After that experience, he decided to pursue a career on his own right, and landed a bit part as a male page in his father’s directing debut, That Thing You Do! (1996). Interestingly, he used a stage name with producers while auditioning and won the part.

In 1999, Colin finally found work outside of his father’s shadow, when he won the regular role of Alex Whitman on The WB’s series “Roswell,” an exceptional fusion of the teen romantic drama and science fiction genres that received moderate ratings and spawned a devoted cult following. His role in “Roswell” made Colin a favorite among young audiences.

During his break from “Roswell,” Colin went on to raise his popularity among young viewers by undertaking supporting roles in the teen-aimed features Whatever It Takes (2000), as the geeky but pleasant Cosmo, teaming up with fellow heartthrobs Shane West and James Franco, and Get Over It (2001), appearing as Felix Woods, practical friend of the brokenhearted Berke (played by Ben Foster). He also had a feature role in the HBO miniseries “Band of Brothers” (2001), which directed by his father.

A year after leaving “Roswell,” Colin got his first leading role in the flourishing teen comedy Orange County (2002), opposite Jack Black. Finely playing Shaun Brumder, he was handed a MTV Movie nomination for Breakthrough Male Performance. He continued with a small role in Greg Marcks’s thriller 11:14 in 2003 and a guest role in an episode of “The O.C” in 2004. 2005 saw the young actor costar with Eric Balfour in the crime-thriller RX, and with James Van Der Beeka and Amy Adams in the independent comedy Standing Still, before reuniting with Jack Black for the 2005 remake of King Kong, directed by Peter Jackson. There, he portrayed the assistant of Black’s character, a determined movie director.

Recently starring as Doug Jarvis in the creepy thriller Alone with Her (2006), Colin is will soon portray Drunk Frat Dude in the comedy/music Tenacious D in ‘The Pick of Destiny’ (2006), written by and starring Jack Black. He is also scheduled to costar with his father in The Great Buck Howard (2007), playing a young hopeful magician who becomes the assistant to a well-known illusionist against his father’s wishes, play Wiley Roth, opposite Rachel Blanchard, in the offbeat comedy Careless (2007) and team up with Antonio Banderas, Meg Ryan and Selma Blair in the romantic/comedy Homeland Security (2007) for director-writer George Gallo. Additionally, he is now in negotiation to play Heavy Metal Greg in the Chris D’Arienzo-directed comedy Barry Munday (2007). 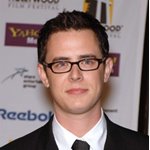 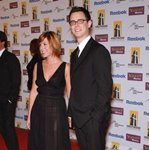 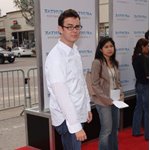 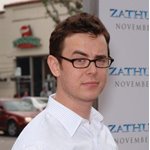 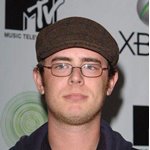 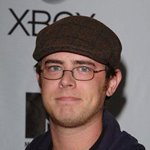 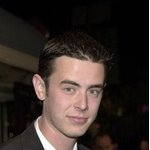 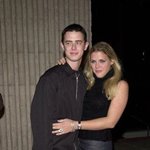