Born into showbiz family, Cole Hauser took improvisation techniques and acted in Summer Theater as a child. He got hooked on acting in high school and, soon after that departed his studies to chase a professional career in Los Angeles. His first opportunity to work on films arrived in 1992 when he landed a role in the prep school anti-Semitism drama School Ties, costarring with a host of soon-to-be big name actors such as Matt Damon, Brendan Fraser, Chris O’Donnell and Ben Affleck. This auspicious start was followed by a remarkable gig as part of a veritable talent pool ensemble cast like Matthew McConaughey and again Affleck in Richard Linklater’s highly praised comedy Dazed and Confused (1993), playing an affable straight-talking football player named Benny. The same year, he also had a featured role in the NBC television movie A Matter of Justice.

After starring in the drama film Skins (1994), directed and written by his father, Hauser was cast as a captivating skinhead who signs up Michael Rappaport’s character into his menacing group in John Singleton’s college drama Higher Learning (1995), played regular role of draftee Officer Randy Willitz in the hard-hitting ABC police drama “High Incident” (1996-1997), starred as an insulting boyfriend in the acclaimed coming-of-age drama All Over Me (1997) and joined back up with Matt Damon and Ben Affleck in their Academy Award-winning film, Good Will Hunting (1997). His closing projects in the decade were Stephen Frears’ 1940s New Mexico-set Western The Hi-Lo Country (1998), portraying Woody Harrelson’s brother, and the independent feature Scotch and Milk (1998), which marked Adam Goldberg’s directorial debut.

Entering the new millennium, Hauser enjoyed success with his convincing portrayal of a futuristic bounty hunter who survives a spacecraft crash in director David Twohy’s sci-fi sleeper Pitch Black (2000), opposite Vin Diesel and Rhada Mitchell. He continued to build good reputation by receiving an Independent Spirit nomination for Best Supporting Male for his role as the training officer, Staff Sgt. Cota, in of Joel Schumacher’s war film Tigerland (2000), starring Colin Farrell. A semi-professional soccer player before starting a career in acting, the young actor put his athletic skill to good use with a role in director Michael Corrente’s Scottish football drama A Shot at Glory, which screened at the Toronto Film Festival in 2000.

Hauser then rejoined his Tigerland co-star Colin Farrell and teamed up with Bruce Willis in the box office disappointment Hart’s War (2002), but it was his scene-stealing role as Ray Pruitt, a sexy, heroic car mechanic and easy going love interest in the women’s melodrama White Oleander (2002) that won the handsome player extra attention. After reuniting with his Hart’s War co-star Bruce Willis in the navy action thriller Tears of the Sun (2003), directed by Antione Fuqua, Hauser gathered even more notice with his high profile role as the desperado Carter Verone in John Singleton’s 2 Fast and 2 Furious (2003), the high-octane action installment to The Fast and the Furious. For excellent accomplishments, the actor was handed a 2003 Young Hollywood for Breakthrough Performance.

Following the successful supporting role, Hauser revisited the small screen with a recurring role in the hit NBC medical drama “ER” (2004), playing Linda Cardellini’s bad-news ex, Steve Curti. He returned to big screen movies later that same year to star in the Mel Gibson-produced drama/thriller Paparazzi, as a celebrity who goes after overzealous photographers. It was followed by a leading role as a professional cave explorer in the thriller The Cave, opposite Morris Chestnut and Piper Perabo, and a feature part in the crime drama Dirty, with Oscar winner Cuba Gooding Jr. (both 2005).

Recently appearing in the Vince Vaughn and Jennifer Aniston successful vehicle The Break-Up (2006), Hauser will soon play Jack Shale in the made-for-TV film Damages (2006) for director Jonathan Lisco. He is scheduled to play young Bram in the forthcoming drama The Stone Angel, for 2007 release. The movie is written and helmed by Kari Skogland. 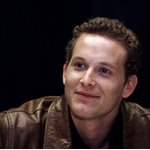 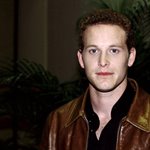 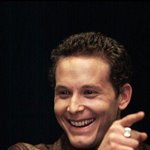 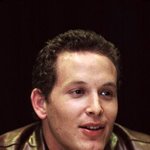 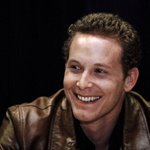