Davis is from a working class Jewish-American family and grew up in Brooklyn, New York. He was named Clive by his mother, who was a great fan of a British actor with that name. Davis graduated magna cum laude, Phi Beta Kappa, from New York University College of Arts and Science in 1953, and received a scholarship to Harvard Law School. Davis graduated and practiced law in a small firm which folded, then moved on to the firm of Rosenman, Colin, Kaye, Petschek and Freund, which had CBS Records as a client. Davis was then hired by the legal department of CBS subsidiary Columbia Records.

Davis became a protegé of CBS Records President Goddard Lieberson, and discovered a passion for music which led him up the ranks of Columbia/CBS. In 1967, he became president of Columbia Records and, more or less by accident, he became a convert to the newest generation of folk rock and rock and roll. One of his earliest pop signings was the British folk-rock musician Donovan, who enjoyed a string of successful hit singles and albums released in the USA on the Epic label.

In June 1967, at the urging of his friend and business associate Lou Adler, Davis attended the Monterey Pop Festival and was inspired by what he saw as the future of music. He immediately signed Janis Joplin with Big Brother & the Holding Company, and Columbia went on to sign Laura Nyro, Jimmie Spheeris, Electric Flag, Santana, The Chambers Brothers, Bruce Springsteen, Chicago, Billy Joel, Blood, Sweat & Tears, and Pink Floyd. The company, which had previously avoided rock music, doubled its market share in three years. One of the biggest recordings released during Davis' tenure at Columbia was Lynn Anderson's "Rose Garden", in late 1970. It was Clive Davis who insisted "Rose Garden" be the country singer's next single release. The song reached number one in sixteen countries around the world, won a slew of awards and made Lynn Anderson a household name. In 1972, Davis also signed the group Earth, Wind & Fire to Columbia Records. One of Davis' most recognized accomplishments was signing the Boston group Aerosmith to Columbia Records in the early 70s, which was immortalized in the 1979 Aerosmith classic "No Surprize", where Steven Tyler sings "Old Clive Davis said he's surely gonna make you a star, just the way you are". In 1979, Bob Weir of the grateful Dead changed the lyrics of the Dead standard Jack Straw in concert from "we used to play for silver, now we play for life", to "we used to play for silver now we play for Clive".

In 1972, amid government investigations of financial irregularities in the record industry, CBS, nervous about losing its licenses, fired Davis and his Director of Artist Relations, David Wynshaw, charging that they had used company money for personal expenses. In 1976 he was convicted of tax evasion and sentenced the maximum fine of $10,000. The government dropped five other counts against him. 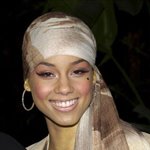 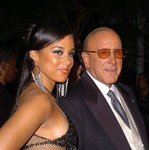 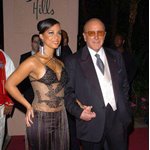 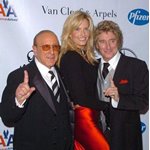 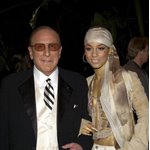