Chuck Zito grew up in The Bronx and New Rochelle, New York. He began boxing when he was a teenager, following in his father's footsteps. He competed in several amateur boxing matches, with mixed results. In 1973, Zito competed in his first Golden Gloves competition, winning his first two matches but losing his third.

The same year, Zito married his high-school friend Kathy and adopted her daughter, Lisa, and dropped out of high school. He worked at a series of manual jobs, and also purchased his first motorcycle. Soon after, along with several of his friends, Zito established the small New Rochelle Motorcycle Club. The club eventually merged with the larger Ching-a-Ling Nomads.

In 1979, Zito left the Ching-a-Lings to join the New York chapter of the Hells Angels. This caused a simmering dispute with his wife to boil over. Kathy left him and quickly filed for divorce. Some months later, the two reconciled. Although they continue to live together they have never remarried.

While attending a motorcycle show in 1980, Zito met one of the bodyguards for actor Robert Conrad. This experience inspired him to start his own bodyguard service, naming it Charlie's Angels Bodyguard Service, a reference to his Hells Angels affiliation. His bodyguard business developed slowly, until he was hired by Liza Minelli. She recommended his services to her celebrity friends, and he quickly started making contacts throughout Hollywood.

In 1985, Zito was indicted as part of the FBI's Operation Rough Rider and charged with trafficking amphetamine. Zito, who was travelling in Japan when he was charged, spent four months in a Japanese prison before being extradited to the United States. He then spent a further fourteen months in an American prison after being denied bail. Although he continues to deny the charges, Zito eventually pled guilty. He claims that the federal attorneys had made a deal with him in which he would be sentenced to time served in return for his guilty plea. However he was sentenced to ten years, of which he served six.

Zito denies that he has ever been involved in drug trafficking. He further claims to have never even used drugs or consumed alcohol.

After his release from prison, in 1990, Zito returned to work as a bodyguard and as a stuntman. His stunt roles started to evolve into small speaking parts. His acting career reached a new plateau in 1998, when he was offered a role in the HBO series Oz. On that show, he is a key Italian inmate named Chucky Pancamo who is one of the most physically intimidating inmates on the show. Just before filming for Oz started, Zito received additional publicity when he punched Jean Claude Van Damme at a club after the actor and martial artist stated that "Chuck Zito has no heart". 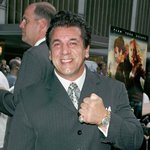 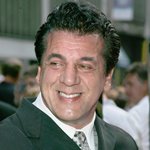