Graduating from the university, Christopher Meloni took a construction job in his hometown until a high school acquaintance inspired him to move to New York to study acting. The aspiring actor then went to the Big Apple and studied with Sanford Meisner at the well-known Neighborhood Playhouse. Meanwhile, he made a living as a bouncer, bartender and personal trainer.

In 1988, he made his early TV credit with a bit part on CBS original crime action series "The Equalizer." He followed it up with a regular role as Vito Del Greco/Johnny Gunn (1989-1990), an ex-con turned quarterback, on HBO’s football comedy "1st & Ten,” and another regular role on NBC’s brief-lived sitcom "The Fanelli Boys" (1990-1991) as one of the title brothers, the likeably dim Frankie Fanelli. During that time, he could be seen in the NBC movie When Will I Be Loved (1990) and costarred as the supportive husband of a woman (played by Valerie Bertinelli) fighting for custody of her deceased sister's baby in the CBS true-story miniseries based on the book by Peter Maas, "In A Child's Name" (1991). He also voiced the recurring character of Spike (1991-1992) on the ABC animated sitcom "Dinosaurs."

Meloni starred in the one-act play "Who Made Robert De Niro King of America" in 1995. He then picked a regular role on the short-lived Fox sitcom "Misery Loves Company" and was featured in the ABC thriller movie, A Dangerous Affair. He also nabbed a recurring role on ABC long-running police drama "NYPD Blue," as Jimmy Leary (1996-1997), an underworld figure who romanced undercover cop Kim Delaney.

During his "NYPD Blue" stint, Meloni was featured as the hotheaded son of a Mafia Don in Wachowski brothers’ neo-noir lesbian thriller Bound (1996; starring Gina Gershon and Jennifer Tilly) and was cast as a recurring character on the short-lived CBS police series "Brooklyn South" (1997-1998). He also played Daryl Hannah’s ex-husband on CBS movie based on the novel by Mario Puzo, The Last Don, and portrayed an investigator with the Los Angeles County Coroner's office on ABC short-lived drama "Leaving L.A."

Meloni enjoyed his first moment of stardom in 1998 when he was cast to play a recurring role as bisexual, violent sociopath Christopher “Chris” Keller in the HBO’s powerful and critically lauded prison drama series “Oz.” He stayed in the Tom Fontana's one-hour dramatic TV series until 2003, along with other cast members including Rita Moreno, Ernie Hudson and Betty Buckley. Meanwhile, he teamed up with Moreno in Mike Valerio's comedy film about the life, death, and wake of an Italian-American patriarch and his family, Carlo's Wake (1999; adapted from Rosie Taravella's play), guest starred as a bounty hunter in a two-part episode of NBC's highly acclaimed police procedural series "Homicide: Life on the Street" and starred as a small-town cop in the ABC sci-fi adventure movie Target Earth. He also reteamed with Terry Gilliam for a small role as a hotel clerk in his drama comedy based on Hunter S. Thompson's 1971 novel with the same name, Fear and Loathing in Las Vegas (starring Johnny Depp and Benicio Del Toro) and starred as a struggling stand-up comedian in the independent feature written and directed by Bill Kalmenson, The Souler Opposite.

In 1999, Meloni snagged his most notable role to date, as Detective Elliot Stabler, a sex-crimes cop and a family man, on the NBC long-running successful crime drama "Law & Order: Special Victims Unit" (SVU). Meloni continued to star in the award-winning show which has been renewed for an 8th season. He was also nominated for his first Emmy Award in 2006, in the category of Outstanding Lead Actor in a Drama Series. While busy shooting for “SVU,” Meloni gave a strong comedic performance as the high school sports coach Bob Kelly, the latest fiance of Julia Roberts' Runaway Bride (1999; also starring Richard Gere) and had a dramatic role as a lovesick telemarketing prison inmate on PBS feature Shift (1999).

After acting in the 2001 Williamstown Theatre Festival, Meloni played a crazy 'Nam vet chef in David Wain's summer camp hijinks set in 1981, Wet Hot American Summer. He then portrayed former LAPD detective Mark Fuhrman in the USA movie version of the book "Murder in Greenwich," about the unsolved murder of 15-year-old Martha Moxley. In August-September 2005, he played hardworking, Italian-American longshoreman Eddie Carbone in Arthur Millers’ play "A View from the Bridge" in The Gate Theatre, Dublin. He will soon complete filming his upcoming movie, the Pastor Brothers' thriller drama Carriers, alongside Chris Pine and Piper Perabo. 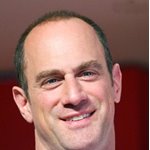 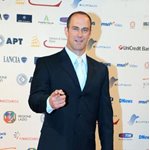 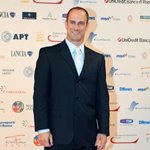 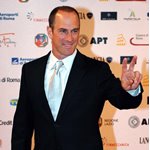 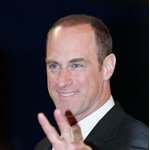 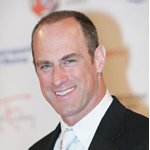 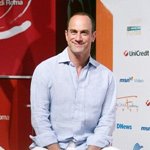 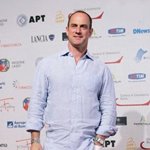