In New York, Christopher Lloyd appeared in a number of stage productions, including the Broadway staging of “Red, White and Maddox” (1969), before eventually winning an OBIE and a Drama Desk award for his performance in “Kaspar” (1973). This brought him to the screen world, where he took a minor part in the drama One Flew Over the Cuckoo’s Nest (1975) and Un autre homme, une autre chance (1977). Also in 1977, Lloyd acted opposite Meryl Streep in the staging of “Happy End.”

A year later, the newcomer was cast as Reverend Jim Ignatowski, the spaced-out ex-hippie cab driver, in the classic TV sitcom “Taxi” (1978-1983), created by James L. Brooks, Stan Daniels and David Davis. For his comic and compelling performance, Lloyd collected two Emmys for Best Supporting Actor. The success soon brought in many larger film roles, including Deputy Towfield in the western comedy Goin’ South (1978), Skip Hartman in the TV drama The Fantastic Seven (1979), Gilbert in the murder film Schizoid (1980), Maj. Bartholomew ‘Butch’ Cavendish in the western family movie The Legend of the Lone Ranger (1981), serial killer Samuel Starkman in National Lampoon Goes to the Movies (1982) and Capt. Schultz in the WWII-set To Be or Not to Be (1983).

Following his episodic performance in “Amazing Stories” (1986) and his title role in Tales from the Hollywood Hills: Pat Hobby Teamed with Genius (1987, TV), the actor re-teamed with director Zemeckis in Who Framed Roger Rabbit (1988) and earned another Saturn nomination for his turn as Baron von Rotton/Judge Doom. Lloyd then performed another landmark role, this time as Uncle Fester, in the comic strip-based The Addams Family (1991, also played Gordon Craven) and, later, Addams Family Values (1993).

Lloyd, who won his third Emmy for guest appearing in “Road to Avonlea” (1992), was handed an Independent Spirit award after superbly portraying robber Jimmy in the indie feature Twenty Bucks (1993). He was then involved in films like the family movie Angels in the Outfield (1994), the experimental movie Mr. Payback: An Interactive Movie (1995), the TV drama The Right to Remain Silent (1996), the animated feature Anastasia (1997, voiced Rasputin) and The Ransom of Red Chief (1998, TV).

Revisiting the stage, Lloyd took part in the Off-Broadway revival of “Waiting for Godot” (1998). The next year, the actor appeared as himself in the biopic of fellow “Taxi” costar Andy Kaufman, in Man on the Moon (1999). He then gave a convincing performance as Uncle Fred Walker in the Halloween-themed When Good Ghouls Go Bad (2001, TV) and enchanted his stage audience with a starring turn in the L.A. production of “The Unexpected Man” (2001).

On the small screen, Lloyd guest starred in the sitcom “Malcolm in the Middle” (2002) and the comedy drama “Ed” (2003). He also played Lou Russo in the drama series “Clubhouse” (2004-2005) and acted alongside Pamela Anderson in the cancelled sitcom “Stacked” (2005-2006). In 2006, the veteran actor will appear in the upcoming comedy movie Flakes and the TV drama A Perfect Day.

Lloyd is also set to provide his vocals for Mr. Clipboard in the animation movie Foodfight (2007) and have the turn of Grandpa in Fly Me to the Moon (2007). He will also voice a character in the adaptation of Kate DiCamillo’s book, The Tale of Despereaux (2008) and will play Cliff Small in the movie Wallflowering. 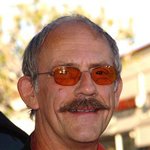 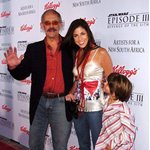 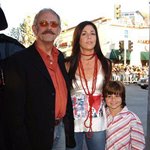