He received his dramatic arts training at New York City's High School of Arts and Music and at Bard College, and Guest first appeared in minor film roles in a mixture of film genres including The Hot Rock (1972), Death Wish (1974), Lemmings (1973) (V), and The Long Riders (1980). However, he was also dabbling in writing for several TV shows, and when filming Million Dollar Infield (1982) (TV), Guest became acquainted with writer-director Rob Reiner and the two collaborated, along with Michael McKean and Harry Shearer, to pen the script and music for the sleeper hit This Is Spinal Tap (1984).

The mockumentary also starred Guest as dizzy lead guitarist Nigel Tufnel, whose most famous line is surely, "These go to eleven," when referring to the volume settings on the band's rather unique Marshall amplifiers!!

Guest then busied himself for several years as a regular guest on "Saturday Night Live" (1975) and, along with fellow Spinal Tap band members lead singer David St. Hubbins, aka Michael McKean; and bassist Derek Smalls, aka Harry Shearer, they regularly appeared as Spinal Tap. In 1992, they released Spinal Tap: Break Like the Wind - The Videos (1992) (V), plus A Spinal Tap Reunion: The 25th Anniversary London Sell-Out (1992) (TV).

Guest had a minor acting role in the courtroom drama of A Few Good Men (1992), before returning to poke fun at wannabe actors in the howlingly funny Waiting for Guffman (1996) with Guest taking center stage as high-strung choreographer Corky St. Clair. He made a return to heavy metal with Spinal Tap: The Final Tour (1998) and Catching Up with Marty DiBergi (2000) (V) before turning his comedic pen to the world of championship dog shows for the sensational comedy Best in Show (2000). The latest mockumentary from Guest and co-writer-actor Eugene Levy was again met with critical praise, and movie fans just loved it, too! In 2003, Guest and Eugene Levy took aim at the folk-music world, and successfully collaborated to write the comedy A Mighty Wind (2003) about the reunion of the Folksmen, a fictional 1960s folk music group.

Guest is married to well-known actress Jamie Lee Curtis with two children, Anne and Thomas, plus he is the brother of actor Nicholas Guest. 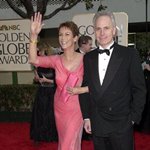 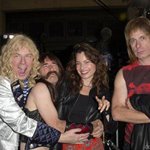 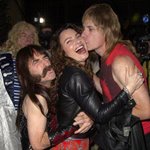